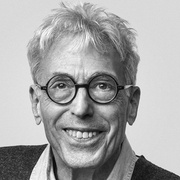 Encouraged by his stepfather, a double bassist with the Los Angeles Philharmonic, Jon Appleton began studying piano and composition at age six. From 1957 to 1961, he studied at Reed College in Portland, Oregon, graduating with a degree in music and literature. He continued his studies in composition with Andrew Imbrie at the University of California, Berkeley, in 1961–1962. The following year, he taught piano, music history, and theory at the Verde Valley School in Sedona, Arizona, where he also directed the choir and orchestra.

From 1963 to 1965, Appleton studied with Homer Keller and Robert Trotter at the University of Oregon and obtained a master’s degree in composition and music theory. The following year, he did his graduate studies with William J. Mitchell and trained in electronic music with Mario Davidovsky and Vladimir Ussachevsky at the Electronic Music Center at Columbia University. He was hired in 1967 to set up at Dartmouth College an electronic music studio, a project he had already attempted twice: the previous year at Oakland University, but without success due to the administration’s withdrawal, and in the early 1960s at the University of Oregon. The Bregman Electronic Music Studio became one of the pioneering studios of American universities, visited by many composers, including Jean-Claude Risset, who remained one of Appleton’s colleagues. In parallel, Appleton set up an electronic music competition that was held at Dartmouth for three years. The defining influence on Appleton in the 1970s was French musique concrète as embodied by François Bayle, Beatriz Ferreyra, Michel Redolfi, and the seminal figure Max Mathews. In 1972, he cofounded the International Confederation for Electroacoustic Music. His first electroacoustic compositions — Chef-d’Oeuvre (1967) and Newark Airport Rock (1969), for example — established a new tradition of electronically programmed music.

The year 1973 marked the beginning of a collaboration with engineers Sydney Alonso and Cameron Jones that resulted in the creation of the Dartmouth Digital Synthesizer and then the Synclavier, which was later used in compositions by Frank Zappa and Michael Jackson. Appleton composed many pieces for these instruments, particularly in the 1980s. Several pieces from this period were premiered at the annual festival of the Groupe de Musique Expérimentale in Bourges and at Fylkingen in Stockholm. After a brief stint in 1976–1977 as director of the Elektronmusikstudion (EMS) in Stockholm, Appleton became a partner in the New England Digital Corporation for Instrument Design and Educational Programs, which manufactured the Synclavier. He remained there as a consultant until 1991 and then returned to Dartmouth. He became fascinated with Polynesian and Micronesian music and established a program to train local radio personnel to record and preserve indigenous music.

With David Evan Jones in 1989, Appleton founded Dartmouth’s electroacoustic music studies program, combining composition, acoustics, computer science, and music cognition. In the early 1990s, he spent time in Russia, where he encouraged composer-engineer Andrey Smirnov to found the Theremin Center for Electroacoustic Music at the Moscow Conservatory. Appleton subsequently returned to teach once a year. His interest in Russian music brought him back to instrumental and choral composition: he composed Le Dernier Voyage (1988–1989) and HOPI: The Birth of the Desert (1993), two operas commissioned by the Rencontres de Chorales d’enfants in Nice. In 1995, 1996, and 1998, he taught at Keio University in Tokyo. In 2009, he retired from his forty-two years of teaching at Dartmouth and went to teach at the University of California, Santa Cruz.