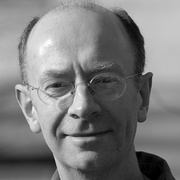 British composer, percussionist, and conductor, born 27 May 1953 in Barton on Sea.

James Wood studied composition with Nadia Boulanger in Paris from 1971 to 1972, before undertaking studies of the organ at Cambridge University until 1975. He went on to study conducting and percussion at the Royal Academy of Music in London from 1975 to 1976.

He directed the Oxford Schola Cantorum from 1977 to 1981. In 1981, he founded the New London Chamber Choir, which he conducted for 26 years and with which he produced numerous recordings of contemporary and renaissance works. He taught percussion in Darmstadt from 1982 to 1994, and established the London Centre for Microtonal Music and Critical Band Ensemble, which he conducted from 1990 to 1994.

He has worked with numerous ensembles as a conductor, notably Musikfabrik, London Sinfonietta, the Ensemble intercontemporain, and Champ d’Action. He has also conducted various choirs, such as the RIAS Kammerchor, the Netherlands Chamber Choir, Cappella Amsterdam, Latvian Radio Choir, Helsinki Chamber Choir, Collegium Vocale Ghent, and Vocalconsort Berlin, in performances of repertoire ranging from the 15th century to contemporary music.

In 2002, he led the Netherlands Radio Choir at the Concertgebouw in Amsterdam for the world premiere of Stockhausen’s Engel-Prozessionen. In 2011, he performed this work again with Cappella Amsterdam and the Estonian Philharmonic Chamber Choir, as part of the Cologne Opera’s world premiere of the staged version of Sonntag aus Licht.

As a composer, James Wood has written varied styles of music, especially for percussion instruments. He has twice been commissioned by the BBC Proms: Oreion (1989) for large orchestra, and Two men meet, each presuming the other to be from a distant planet, a concerto for percussion and 24 instruments (1995).

His first opera, Hildegard (2002-2006), commissioned by the New London Chamber Choir and Champ d’Action, with a libretto comprising a patchwork of texts and letters written by Hildegard von Bingen and other medieval and biblical writings, was conceived for performance in an abbey or cathedral; the work has been performed in the United Kingdom, the Netherlands and Belgium. His second opera, Gulliver (2011-2014), with a libretto by Paul Griffiths and commissioned by Insomnio Ensemble and the Eduard Van Beinum Foundation, is based on Jonathan Swift’s novel, Gulliver’s Travels. While working on this opera, he also composed several new works for percussion, including Cloud-Polyphonies, a work of some 35 minute duration for percussion ensemble, commissioned by a consortium of American universities.

From 2008 to 2011, he reconstructed the two missing voices from Cantiones Sacrae Liber Secundus (1603) by Carlo Gesualdo. This led to a recording of the complete Liber Secundus by the Berlin Vocalconsort. Distributed by Harmonia Mundi in 2013, the CD received the ECHO Klassik prize in the “Choir Recording of the Year” category.