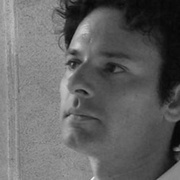 In 1995, Valerio Sannicandro completed studies in Italy, earning a degree in viola and composition. He went on to study viola at the Essen Folkwang Musikhochschule, and attended master-classes with Barbara Maurer and Garth Knox, after which he decided to focus on contemporary music. He launched his career as a violist through solo and chamber performances of works by Sciarrino, Grisey, Maderna, Scelsi, and Murail, among others. He later studied under York Höller (Stockhausen’s successor as Artistic Director of the WDR Studio) and completed a thesis titled “Komposition als semiotischer Prozess”.

A meeting with Peter Eötvös led Sannicandro to pursue conducting. Noteworthy among his first appearances as a conductor are the world premiere of Stockhausen’s Hoch-Zeiten with the WDR Orchestra at the Cologne Triennale, as well as concerts at the Darmstadt Summer Courses, Canary Islands International Music Festival, and Centre Acanthes (Avignon). Working with the e-mex ensemble in Cologne, he conducted performances of works by Donatoni, Carter, and Grisey, and made a number of recordings for German radio.

He pursued further studies of composition with Hans Zender in Frankfurt, and electronic music with Dirk Reith and Emmanuel Nunes in Essen and Paris, respectively. He participated in the IRCAM Cursus (IRCAM’s composition and computer music course) in 2003-04.

Valerio Sannicandro has been awarded numerous composition prizes in Italy and Germany, including Munich Musica Viva in 2002 and a Kranichsteiner Musikpreis for the Darmstadt Summer Courses in 2000. He has participated in conferences in Prague (Music Academy), Berlin (Humboldt Universität) and, in 2002, at the Darmstadt Summer Courses. His works have been performed throughout Europe, as well as in North American and Japan.

Sannicandro has a deep interest in the semiotics of music, i.e., the mechanisms of musical representation, as distinct from those of other semiotic systems, such as speech. Since he views art as a vector of communication, in each new work, he systematically devises a syntax encompassing the musical “objects” chosen according to the characteristics of the work, the harmonies and the qualities of the sounds. In his works, an over-arching strategy always governs the musical evolution according to a discourse, a tangible dramaturgy, i.e., not only on account of the conception of the underlying musical form as a type of narrative, but also by exerting localised control over the salience and meaning of each musical event within the associated context. Over the past few years, spatialisation has become a key aspect of his musical thought, as manifest in Aliae naturae (2004, using IRCAM’s spatialisation tools) and Fibrae (2005, created at the Heinrich Strobel Foundation Experimentalstudio in Freiburg). As a composer with close ties to IRCAM, he continues to work on the application of architectonic space as a distinct parameter of composition to which other parameters (rhythm, dynamics) may be subordinate, and which has the potential to dictate the transformation of the sounds themselves. This work came to the fore in Ius lucis (premiered in June 2007 at the Agora Festival) for two spatialised ensembles and electronics.