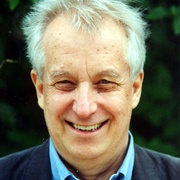 Dieter Schnebel undertook studies of piano, theory, and music history at the Freiburg Conservatory, graduating in 1952 with a pedagogy degree. At the same time, he attended the classes of Martin Heidegger at the university in the same city. He went on to study musicology, philosophy and protestant theology at Tübingen University, and to study the techniques of the Second Viennese School at the Darmstadt Summer Courses, where he met Luigi Nono, Pierre Boulez, Hans Werner Henze, and Ernst Krenek.

Upon completing his studies, he worked as a teacher and pastor in Kaiserslautern, Frankfurt, and Munich. In 1976, a professorship of experimental music and musicology was created especially for him at the Berlin Hochschule der Künste, a position he retained until becoming Professor Emeritus in 1995. He authored numerous musicology books and articles on Bach, Beethoven, Schubert, Schumann, Wagner, Mahler, Debussy, Cage, and Kagel.

In 1974, with Maulwerke, which explores the notion of “organic music,” and later in the 1970s with Pan (1978) and Thanatos-Eros (1979), Dieter Schnebel developed what he would call “psychoanalytical music,” an approach to composition whereby each work is based upon its own analysis. In 2011, Schnebel received the Sigmund Freud Kulturpreis, an award for non-psychoanalysts who have made a significant creative or critical contribution to the field.

Dieter Schnebel’s work comprises research and exploration of certain performative limits, integrating gestures, theatrical elements, extended instrumental and vocal techniques, silence (in the tradition of John Cage), incidental sounds, spatialisation, etc. His scores do not prescribe a definitive sonic result, but rather, indicate a series of actions for the production of sound.

In 2015, he was awarded the Cross of the Order of Merit from the Federal Republic of Germany.