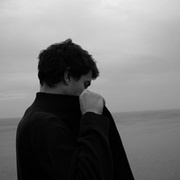 Jérôme Combier was born on 17 7 71, a symmetrical day, in the greater Paris region. At the age of nineteen, he decided to learn music, and was accepted to study musicology at the Université de Saint-Denis. There, he wrote a thesis under Antoine Bonnet on The principle of variation in Anton Webern‘s work. He also studied guitar with Antonio Membrado, but meeting Hacène Larbi naturally oriented him toward music theory, analysis, and orchestration, after which his encounter with Emmanuel Nunes at the Conservatoire national supérieur de Paris in 1997 set him definitively on the path of composing. He also studied counterpoint at the conservatory of Rueil-Malmaison.

In 1995, Combier was a finalist in the Griegselskalpet competition in Oslo. In September 1998, he participated in the composition session of the Fondation Royaumont, and, as part of an exchange program, completed a two-month residency in Japan. He won the Prix de la vocation (Fondation Bleustein-Blanchet) and the Prix Pierre Cardin. In 2001-2002, he was selected to participate in Cursus (the IRCAM’s composition and computer music course). From 2002 to 2004, with support from the Conservatoire de Paris, he taught and conducted in Kazakhstan and Uzbekistan at the Tashkent and Almaty Conservatories.

The following year he was a resident at the Villa Médicis. There, he met Raphaël Thierry, who would create the visual installations for the Vies silencieuses cycles he composed for the Cairn ensemble, and the writer Sylvain Coher, with whom he dreamed up the opera Hypothèse autour du grand amour. In Rome, in the villages of the Sabine Hills, he and visual artist Xavier Noiret-Thomé participated in the “20 eventi” exhibit sponsored at that time by Guiseppe Penone.

In 2002, he composed Pays de vent for the Orchestre national de France. In 2005 and 2007, he composed for the Ensemble Recherche and the Ensemble intercontemporain for the Festival d’Automne in Paris. In collaboration with Pierre Nouvel, he created the installation Noir gris for the Beckett exhibit organized by the Georges Pompidou Center.

In 2008, he taught composition at the Royaumont Abbey. That same year, he was selected by Pierre Boulez for the Louvre’s concert cycle, “Le Louvre invite Pierre Boulez“. In 2008, the Ensemble Ictus invited Combier, Pierre Nouvel, and Bertrand Couderc to create a stage adaptation of W.G. Sebald’s novel Austerlitz, which premiered at the Festival d’Aix-en-Provence in July 2011 and was then performed at the Opéra de Lille. In 2012, he wrote Ruins for the Orchestre National de Lyon and the opera Terre et cendres, based on the novel by Atiq Rahimi, which premiered in Lyon at the Théâtre de la Croix-rousse in March 2012. In 2015, he was a composer-in-residence at the Scène nationale d’Orléans, where his dawnlight premiered as part of dawnlight/Night: Light, a choreographic performance by Alban Richard with music by Raphaël Cendo. In 2016, Campo Santo, Impure histoire de fantômes, a concert/installation for five musicians, electronics, and stage and video sets, premiered at the Scène nationale d’Orléans, directed by Pierre Nouvel.

Jérôme Combier conducts the Cairn Ensemble, which he founded in the late 1990s and teaches sound and music design at the Ecole Nationale Supérieure de Paris-Cergy.

His music is published by Lemoine and Verlag Neue Musik (Berlin). He has recorded with the Motus label (Pays de vent) and with the æon label (Vies silencieuses, which won the Grand Prix of the Académie Charles Cros).