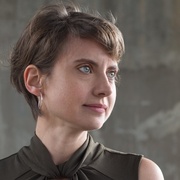 She is currently researching the notation of time in mixed music for a doctorate at the Université Paris-VIII, directed by Makis Solomos and Alain Bonardi.

Influenced by the spectro-morphology theory, Alsina Tarrés is interested in the malleability and the transformation of sound material and the exploration of timbre in her compositions.

Her music has been performed in many European countries and in the United States by Ensemble Sillages, Ensemble Taller Sonoro, and Barcelona Modern Project, and by musicians including Shao-Wei Chou, Takao Yakutomé, Thibaut Trosset, Esther Lafebvre, Ana María Villamizar, and Sarah Lefeuvre.

In 2015, she received a Special Mention from the jury of the Prix Russolo for her composition Dis-Till-Action, recorded for the Studio Forum label.