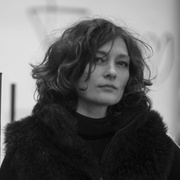 Austrian composer and viola da gamba and recorder player, born 6 May 1976 in Vienna.

Eva Reiter studied recorder and viola da gamba at the Vienna University of Music and Performing Arts, graduating in 2001. She went on to post-graduate study of the recorder with Paul Leenhouts and Walter van Hauwe, and gamba with Mieneke van der Velden, at the Sweelinck Conservatorium in Amsterdam, graduating with a Master’s in 2006. Since then, she has been active as a performer and composer, and is regularly invited to festivals and music schools in Vienna to teach early music. She has taught viola da gamba at the Linz School of Music since 2008.

As a performer, she has participated in the premieres of works by Fausto Romitelli, Paolo Pachini, Bernhard Gander, Burkhard Friedrich, Gerd Kühr, Jorge Sánchez-Chiong, Agostino Di Scipio, Francesco Filidei, Claire-Mélanie Sinnhuber, Giorgio Klauer, Raphaël Cendo, Marco Momi, and Christian Fennesz, among others. She has appeared on several occasions as a soloist with Klangforum Wien and Ictus Ensemble, of which she has been a member since 2015. She is also a member of Elastic Band, an ensemble of variable instrumentation, notably including guitarists Tom Pauwels and Yaron Deutsch.

Eva Reiter has premiered several of her own works in various festivals, including the Transit Festival in Louvain, ISCM World New Music Days in Stuttgart, Ars Musica, Jeunesse Wien, Musikprotokoll, and MaerzMusik. In 2009, Wien Modern programmed a portrait concert of her works titled “Fokus Eva Reiter.”

In addition to her activities in the field of contemporary music, Reiter remains active as a performer of early music. She regularly performs with groups such as Ensemble Mikado, Le Badinage, and Unidas, and has appeared as a guest musician with orchestras including Radio-Symphonieorchester Wien, the Bruckner Orchestra (Linz), and the Rotterdams Philharmonisch Orkest.