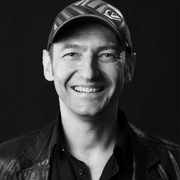 Bernhard Gander was born in Austria in 1969. He studied piano, conducting, and composition at the Tyrolean Provincial Conservatory in Innsbruck and at the University of Music and Dramatic Arts in Graz, where he took composition courses with Beat Furrer from 2000 to 2004. He also received musical training in electroacoustics at the Studio UPIC in Paris with Julio Estrada and Curtis Roads in 1994-1995, as well as at the Swiss Zentrum für Computermusic in Zurich in 1997.

He was awarded the Musikförderungspreis Composition Prize of the City of Vienna in 2004 as well as a commission-prize from the Erste Bank in 2006, for which he wrote Bunny Games, whose inspiration was at once playful (Bugs Bunny) and historic (Scarlatti), and which was enthusiastically received by critics. In 2007, the Kairos label and Klangforum Wien put out a monographic album of his work.

His compositions have been performed in Zurich, Paris, New York, Seattle, Greece, Japon, and South Korea, as well as in major festivals. Gander has received commissions from the Vienna Konzerthaus for Der Melonenbaum (2000) and from Klangforum Wien, Leim (2004), as well as multiple commission from Ensemble Modern, the musikprotokoll, Wien Modern, and Klangspuren festivals – Horribile dictu (2007) – and Donaueschinger Musiktage, where his Beine und Strümpfe (2007) premiered. In 2010, the Berlin Symphony Orchestra premiered Dirty Angel, conducted by Susanna Mälkki, and the Arditti Quartet premiered Khul in Darmstadt. In May 2011, the Wiener Festwochen festival premiered his melting pot for DJ, rapper, slam poets, break dancers, multivocalist beatboxers, and orchestra. In 2012, his take nine for ensemble was premiered by the Ensemble intercontemporain. Das Leben am Rande der Milchstrasse, a seven-episode opera sitcom with a libretto by Johannes Heide and Christa Salchner premiered at the Bregenzer Festpiele (Austria) in 2015 in a performance by the Phace ensemble. Cold Cadaver with Thirteen Scary Scars for Hammond organ, electric bass, percussion, and ensemble premiered at the Donaueschinger Musiktage in 2016 in a performance by Steamboat and Klangforum Wien.