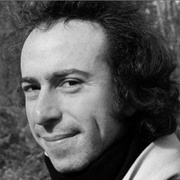 Aaron Einbond was born in New York in 1978. He studied composition at Harvard University with John Corigliano and Mario Davidovsky, at Cambridge University with Robin Holloway, and at the Royal College of Music in London with Julian Anderson. He has participated in festivals, master classes, and conferences including the Wellesley Composers Conference, the Aspen Music Festival, and the June in Buffalo Festival in New York State. He has held residencies at Yaddo and the Cité Internationale des Arts in Paris, participated in the Darmstadt Summer Courses in 2002, and in the Voix Nouvelles Composition Sesson of the Fondation Royaumont in 2004. From 2003 to 2005, he was a musical assistant with the San Francisco Contemporary Music Players, and with the Ensemble Aleph in Paris the following year. He taught at the University of California, Berkeley from 2004 to 2006, and taught a Max MSP workshop organised by the CIRM and the Conservatoire à Rayonnement Régional de Nice in 2009.

From 2007-2009, Einbond pursued his studies of composition and computer music with Philippe Leroux and Yan Maresz during an artistic research residency at IRCAM (jointly with the Technical University of Berlin) thanks to a Fulbright fellowship and the University of California George Ladd Prize.

Einbond’s compositions have been performed throughout the world, notably by the Empyrean and SurPlus ensembles and the Nouvel Ensemble Moderne.

He received his doctorate in composition from the University of California, Berkeley (under the supervision of Edmund Campion), where he also studied orchestral conducting and musical perception. From 2009 to 2011, he taught at Columbia University in New York as a Mellon Postdoctoral Fellow.