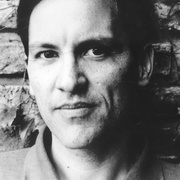 Osvaldo Golijov was born in Argentina to Eastern European Jewish parents. His mother taught piano and his father was a doctor. His musical environment was diverse, including chamber music, Jewish liturgical music, klezmer music, and Astor Piazzolla’s tangos. He studied piano at the local conservatory and composition with Gerardo Gandini.

In 1983, he moved to Israel, where he studied with composer Mark Kopytman at the Jerusalem Academy of Music and Dance, while immersing himself in the city’s musical traditions.

In 1986, he moved to the United States, where he earned his doctorate from the University of Pennsylvania, studying under George Crumb. He joined the Tanglewood Music Center, where he studied with Oliver Knussen and Lukas Foss, and was awarded the Serge Koussevitzky Composition Prize.

In the early 1990s, Golijov began collaborating closely with two string quartets, the St. Lawrence Quartet and the Kronos Quartet. In 1993 and in 1995, he won the chamber music prize in the Kennedy Center-Friedheim Competition, for Yiddishbbuk and The Dreams and Prayers of Isaac the Blind, respectively. In 1994, he received the Musical Theater Prize at the Munich Biennale for November, and in 1996 was awarded Lincoln Center’s Stoeger Prize in contemporary music.

In 2000, to honor the 250th anniversary of the death of Johann-Sebastien Bach, and by commission from the Internationale Bachakademie, he composed La Pasión según San Marcos. In 2006, the Lincoln Center held a festival devoted to his work, “The Passion of Osvaldo Golijov,” during which his major pieces were performed. In 2007, he was the first composer-in-residence of the Mostly Mozart Festival. In 2012-2013, he held the Barbara Debs Chair in Composition at Carnegie Hall in New York.

Since 1991, he has been the Loyola Professor of Music at the College of the Holy Cross. He also teaches at the Tanglewood Music Center, teaches workshops at Carnegie Hall with Dawn Upshaw, as well as at the Sundance Composers Lab.

He has been a composer-in-residence for the Chicago Symphony Orchestra, the Spoleto USA Festival, the Music Alive Series of the Los Angeles Philharmonic, and at festivals in Marlboro, Ravinia, Ojai, Trondheim, and Holland.

In his compositions, he draws on the raw materials of the repertoires and musical imagery of the places he has lived, ranging from the Western repertoire of various historical periods to traditional Jewish music, as well as tango and other Latin American musical styles. He has also worked extensively with ensembles and musicians from many different backgrounds, such as the Romanian-Romani group Taraf de Haidouks, the Mexican rock band Café Tacuba, tabla virtuoso Zakir Hussain, clarinettist David Krakauer, and the kamancheh player Kayhan Kalhor.

He has received numerous commissions from ensembles and institutions in Europe and the United States, as well as a MacArthur fellowship and the Vilcek prize, among other awards and honors.

His work has been performed by Yo-Yo Ma, the soprano Dawn Upshaw (with whom he regularly collaborates), the Boston, Atlanta, and Chicago Symphony Orchestras, and the Silk Road Ensemble.

His large-scale works include the opera Ainadamar, the recording of which received two Grammy Awards.

He has also written several film scores: Francis Ford Coppola’s Youth Without Youth and Tetro, and Sally Potter’s The Man Who Cried.

His scores are published by Boosey and Hawkes and his compositions have been recorded by Deutsche Grammophon, Nonesuch, Sony Classical, Hänssler Classics, Naxos, Koch, Harmonia Mundi, and EMI Classics.