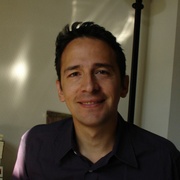 Marco Antonio Perez-Ramirez grasped the rudiments of the traditional music of his native Chili at a very early age. However, it was in France, following studies of classical guitar with Alberto Ponce, that he turned to composition, which he first studied with Sergio Ortega while concurrently earning a degree in advanced mathematics. He encountered 20th century music before knowing romantic, classical, or baroque repertoire; as such, his development as a musician was not predicated upon a historical interpretation of the evolution of Western music.

A recipient of prizes from the Khachaturian and Boucourechliev Foundations and UNESCO, Perez-Ramirez participated in the IRCAM Cursus (IRCAM’s composition and computer music course), which gave rise to encounters with Tristan Murail, Marco Stroppa, René Koering, Brian Ferneyhough, and Luca Francesconi, the latter of whom encouraged him to continue to write expressive music with a constant emphasis on imparting “meaning upon the (musical) material.”

The notion of “pure durations” is at the heart of his recent works. The act of composing is undertaken in the absence of formal models or doctrine, constituting a process “which in no way would exist, not even in the form of the purely possible, prior to its realisations” (Bergson). His reflections on the body and perception overlap with the treatment of the notions of time, duration, instinct, and intuition in philosophy.

From 2002 to December 2005, he was composer-in-residence with the Montpellier National Orchestra and Opera, for whom he wrote four works for orchestra (Du Corps [2002], Achachilas [2004], Cosmogonie [2005], and Atacama [2005]), as well as Rimbaud, la parole libérée (2006-2007), a chamber opera created in collaboration with choreographer Laurence Saboye and writer Christophe Donner.

Starting in September 2006, Perez-Ramirez was composer-in-residence with the Strasbourg Philharmonic Orchestra.