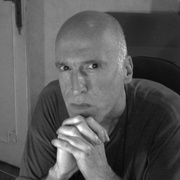 In 1986, he was awarded a grant from the Rubin Academy which allowed him to study electro-acoustic techniques and the semiology of music at Tel Aviv University with Yizhak Sadaï. In 1987, he moved to Paris, where he undertook further study with Guy Reibel, Gérard Grisey, and Paul Méfano at the Paris Conservatoire (CNSMDP), graduating from his composition class with highest honours. He also attended seminars and master-classes led by Brian Ferneyhough, Helmut Lachenmann, and Klaus Huber, among others. He went on to study with Franco Donatoni in Sienna, and finally, participated in the IRCAM Cursus (IRCAM’s composition and computer music course) in 1990-91.

In October 2003, his work Plongements for orchestra was premiered by the Radio France Philharmonic at the 81st Donaueschingen Festival. In 2010, the Soloists of the Paris Opera presented a portrait concert of his chamber works at the Bastille Opera.

Ricardo Nillni’s music is characterised by its fluidity and continuity, its formal transparency and its use of particularly dense sonorities. Regular contact with Helmut Lachenmann’s “instrumental musique concrète“ and Gérard Grisey’s spectral works contributed significantly to Nillni’s compositional identity. However, a major stylistic change came about following an encounter with the work of visual artist Sol Lewitt, notably, the Five Degrees of Scribbles (a pure geometric form which, when viewed up close, reveals itself to be a mass of scribbles), which Nillni discovered in 2012 at a retrospective of the artist’s work at the Metz Pompidou Centre. This experience ushered in a new creative period which saw the development of an alternate harmonic system. Prior to this, Nillni’s works traced a gradual shift away from a focus on sound/noise relationships in favour of the use of pure pitches; however, after 2012, he once again embraced the union of pitch and noise, “fusing the noise elements of instrumental gestures with precisely defined pitches” within musical structures with shifting contours, with the objective of creating a “vibrational geometry”.

Alongside his concert music, since 1996, he has been developing a catalogue of multimedia works in collaboration with visual artist Laura Nillni under the name “ARAOZ.”