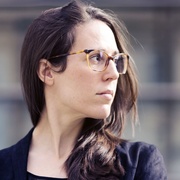 In the course of her studies she also participated in numerous master classes and workshops, including with Chaya Czernowin, Steven Takasugi, and Hans Tutschku at Harvard’s Summer Composition Residency, with Brian Ferneyhough, Mark Andre, and Hèctor Parra at Royaumont Voix Nouvelles, with Franck Bedrossian and Pierluigi Billone and the International Academy of Moscow Contemporary Music Ensemble, and with Beat Furrer, Hanspeter Kyburz, Tristan Murail, Ivan Fedele, Bruno Mantovani, and Hugues Dufourt at Centre Acanthes.

Iannotta has received commissions from Radio France (for Présences and Alla Breve), the French Ministry of Culture, the Ensemble Intercontemporain, Westdeutschen Rundfunk, and Musica Femina München, among others.

Her compositions have been performed by ensembles such as 2e2m, the Ensemble Orchestral Contemporain, Ensemble Recherche, Multilatérale, Neue Vocalsolisten, the Arditti and Diotima quartets, and the K/D/M trio, at festivals including ECLAT Stuttgart, Wittener Tage für Neue Musik, the Festival d’Automne in Paris, and Présences.

In 2018, Iannotta was awarded the Ernst von Siemens Composers’ Prize, the Hindemith-Preis, and the Prix Francis et Mica Salabert, awarded by the SACEM. In 2019, she was awarded the Una Vita nella Musica - Giovani Prize, presented by La Fenice (Venice, Italy).

Some of her pieces are inspired by poetry and literary works, such as Intent on Resurrection — Spring or Some Such Thing, which was inspired by reading the collected poetry of Irish poet Dorothy Molloy. A Failed Entertainment was inspired by American writer David Foster Wallace’s novel Infinite Jest.

Iannotta’s music is characterized by the use of extremly subtle sounds, often in high registers, whose harmonics are made audible through amplification, such as in her string quartet Clangs or D’Après, for ensemble – both of which were inspired by the bells of the cathedral of Freiburg im Breisgau.

Her scores are published by Peters.