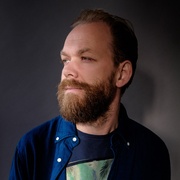 Øyvind Torvund is a graduate of the Norwegian Academy of Music in Oslo and the Berlin University of the Arts. In parallel to playing guitar in rock and jazz improvisation bands, he is composer-in-residence for the Oslo Sinfonietta. He writes for the Ensemble Ascolta, the Zwischentöne Ensemble, the Trondheim Symphony Orchestra, the Plus-Minus Ensemble, and Yarn/Wire, among others. His works have been performed at the Donaueschinger Musiktage, MaerzMusik, Ultraschall Berlin, Ultima Oslo Contemporary Music Festival, Transit Festival, Huddersfield Contemporary Music Festival, and Other Minds Festival, as well as the Darmstadt Summer Course.

From 2007 to 2009, Torvund was a selected participant in the INTRO-Composer program administered by the Music Information Centre Norway and Concerts Norway. In 2012, he received the Arne Nordheim Composer’s Prize, and in 2013 he was awarded a Deutsche Akademische Austauschdienst (DAAD) scholarship in Berlin. He was nominated for the Nordic Council Music Prize in 2016. In 2017, he received the Edvard Prize in the contemporary category for his work Sweet Pieces.

Influenced as much by avant-garde and baroque music as by Scandinavian folk music, rock, jazz, and pop, Torvund brings together Henry Purcell and Black Flag, Art Blakey, and György Ligeti in a diverse repertoire including solo pieces, orchestral pieces, and installations. His music unites disparate materials. Rock influences or nature sounds are mixed with chamber music. Improvisation coexists with exact notation. Music is combined with films and projections. Humor is a constant feature in his work.

My chief concern is keeping an open approach as to what may function as the constitutive parts of a work of music, and trying to combine several kinds and levels of elements. … Contrasts, juxtapositions and completely opposite perspectives interest me because I believe that there is a lot happening around and beneath the ordinary musical framework, and a lot of unconscious forces to be explored.1

Torvund is also behind the Bandrom project, a series of multidisciplinary events and performances involving concerts, slide shows, and installations. Following the tradition of happenings, a Bandrom event can last up to several days, without interruption. The central musical idea is that the musicians orally transmit short pieces to each other. This process is revealed to the audience, usually in an informal setting with food and drink.

In addition to his career as a composer, Torvund is involved in various structures in the Norwegian music scene. He was editor-in-chief of the contemporary music publication Parergon from 2001 to 2002, artistic director of the Music Factory Contemporary Music Festival in Bergen, co-producer of the Borealis Festival from 2004 to 2008, and artistic director of nyMusikk (the Norwegian section of the International Society for Contemporary Music) from 2009 to 2011.