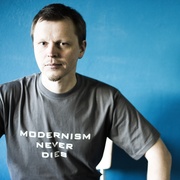 Veli-Matti Puumala studied composition with Paavo Heininen at the Sibelius Academy, graduating with a Master’s degree in 1993. He subsequently attended courses with Franco Donatoni, both at the Chigiana Music Academy in Sienna in 1989 and in 1990 at the Darmstadt Summer Courses. He also participated in masterclasses with Klaus Huber, Gérard Grisey, and Magnus Lindberg.

His works have been widely performed at festivals in Scandinavia and elsewhere in Europe, including ISCM World Music Days in Zurich, Nuove Sincronie in Milan, Gaudeamus, Ars Musica, Musica Strasbourg, and Lerchenborg in Denmark.

Veli-Matti Puumala was awarded the Italia Prize for his radiophonic work Rajamailla (Borderscapes) in September 2001. His opera Anna Liisa was premiered in August 2008 at the Helsinki Festival, and Mure, commissioned by Ensemble Intercontemporain, was premiered in October 2008 at Donaueschingen.

Veli-Matti Puumala’s music is characterised by its rich and transparent colours which embrace a certain complexity in terms of an abundance of details. His style, clearly post-serial, tends toward the organisation of material into a dynamic and complex framework, behind which other structures unfold, conceived to vary the shade, for affect or to serve as contrasting material. As such, Puumala remains faithful to the modernist notion of constructing music according to a clearly-defined syntax.

Veli-Matti Puumala has lectured on music theory at the Sibelius Academy since 1989. He has taught composition since 1997, and held a five-year tenure as professor from 2005 to 2010 at the same institution.