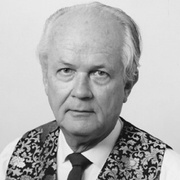 Tom Johnson was born in the United States in 1939. He studied at Yale University, graduating with a Bachelor of Arts in 1961 and a Masters in Music in 1967. But the greater part of his training took place with Morton Feldman, with whom he studied composition privately. John Cage, who he met later on, would also have a decisive influence in his career as a composer.

In 1971, Tom Johnson began working as a music critic for the Village Voice, where he began writing about minimalism, hewing a definition of it over the years. His work with the Voice introduced him to Steve Reich, Philip Glass, and other American composers of the time.

A year later, he composed The Four Note Opera, a humorous work that has been performed regularly since its premiere. As its title indicates, the opera is written using only four notes, and the singers, who play themselves, confide their personal thoughts to the audience about how the performance is going.: *”The tenor has almost nothing to say.” “I need to concentrate.” “This aria will be over soon and then the two of us will sing a duet.” “The music isn’t even changing, this would be easier if I were in a more comfortable position; this would be easier if this scene weren’t so long.”*

As a minimalist composer, Johnson works with very limited material, but sets himself apart through his use of mathematical procedures, which is one of the defining traits of his work. Nine Bells, written in 1979, opens the door to a compositional style based on these procedures. Johnson created the work as a maze of nine suspended bells that the performer hits while walking around a three-by-three square, following paths that vary according a system of geometrical logic. Johnson continued with “counting” pieces such as Rational melodies, Eggs And Baskets, and Music For 88.

In 1983, Johnson moved to Paris, where he composed operas that encountered broad success, including Riemannoper, a comic opera with a German libretto that uses musical definitions from the Riemann Musiklexicon (Hugo Riemann’s music encyclopedia) with Johnson’s characteristic humor. Unusually for a contemporary opera, it has been staged more than twenty times in German-speaking countries since its premiere in Bremen in 1988.

Between 1988 and 1992, Johnson composed one of the major pieces in his repertoire, the Bonhoeffer Oratorium, which uses sermons and texts denouncing Nazism written by the Lutheran pastor and theologian Dietrich Bonhoeffer. In conversations with Bernard Girard, he described what was unique about the work: “At the beginning, people said that this oratorio was exceptional. It’s a work that is born of passion, of emotion. I had a mission, a testimony to convey, a message, which my music doesn’t generally have. Did I use the same techniques? Not entirely, even if it is a completely minimalist work.”(Bernard GIRARD, Conversations avec Tom Johnson, Aedam Musicae, 2011, p.128)

Johnson, at home in the world of radio, wrote numerous pieces for it between 1984 et 2004. Notably, he received a commission from Radio France in 1993, for which he composed J’entends un chœur. In 2012-2013, he created a series of radio programs titled “Music by my friends” for the London-based Resonance FM, in which he explored works by 20th-century composers.

Tom Johnson founded two publishing companies to put out his work, Two-Eighteen Press in the United States and Les Éditions 75 in France. He currently lives in Paris.