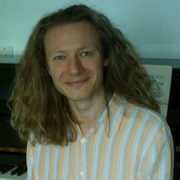 Italian composer born in 1975 in Udine.

Stefano Bulfon was born in Italy in 1975. He studied Greek literature in parallel to his studies as a pianist and composer. He completed advanced studies with Sylvano Bussotti and Ivan Fedele at the Conservatoire de Strasbourg, receiving the SACEM prize upon graduating. He was selected as a composer to participate in courses at the Centre Acanthes in 2004–2005 and at Royaumont in 2007, where he studied with Jonathan Harvey and Brian Ferneyhough. In 2007-08, he participated in Cursus I, the IRCAM’s composition and computer music course.

His pieces have been performed by internationally renowned groups such as the Quatuor Arditti, the Ensemble intercontemporain, the Cairn, United Berlin, Ex-Novo, and Alternance Ensembles; as well as soloists including Eva Böcker, Andrea Pestalozza, Peter Rundel, and Alvise Vidolin. They have also featured at many festivals of contemporary music, including the Musica Festival in Strasbourg in 2004, the Rencontres Internationales de Composition in Cergy-Pontoise in 2005, 25 Jahre Ensemble Modern in Frankfurt in 2005, XVII Festival BBK in Bilbao in 2007, the Venice Biennale Musica in 2008, and Ex Novo Musica in Venise in 2009. In October 2009, his Quand tu étais comme avec moi dans les choses éphémères, for contralto and 18 instruments, commissioned by the Ensemble intercontemporain, premiered in the “Tremplin” concert series.

Stefano Bulfon’s music reaches for transitory, liminal, and interstitial spaces. The mobility and instability contained in the phenomenon of sound are imprinted in his writing, which gives particular attention to the fluidity of musical meaning as it flows beneath constructed language. In the space where - for those able to perceive it - the very being of things melts and mingles and different points of view encounter one another, his music seeks to invent a form of polysemic narrative, open to the unexpected.