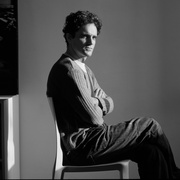 Riccardo Nova studied composition with Giuliano Zosi and Giacomo Manzoni, as well as flute, at the G. Verdi Conservatory in Milan. He went on to study with Franco Donatoni at the Civica Scuola di Musica in Milan and the Accademia Chigiana in Sienna, graduating from the latter institution in 1989 with highest honours.

In the late 1990s, he became active in the field of avant-garde techno, co-founding the group “Overclockd” with Massimiliano Viel. In 2000, he co-founded the Sincronie Foundation along with Fausto Romitelli, Giorgio Bernasconi, Giovanni Verrando, and Massimiliano Viel.

In 2007, Thirteen/13X8@terror generating deity (The ultimate reality) was selected for performance at the UNESCO International Rostrum of Composers.