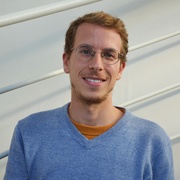 Oren Boneh was born in 1990 in the United States. He studied trumpet and composition at McGill University and at the University of Denver (2009-2013), and then at the Royal Danish Academy of Music in Copenhagen (2011-2012), where he worked with Hans Abrahamsen and Juliana Hodkinson. He received his masters from McGill University in Montreal (2013-2015), studying with Brian Cherney and Philippe Leroux, then traveled to Germany on a Fulbright to study at the Hochschule für Musik Carl Maria von Weber (2015-2016). Boneh, interested in the perception and cognition of music, has conducted research at the Music Cognition Lab in Dresden and at McGill’s Music Perception & Cognition Laboratory, directed by Stephen McAdams. In 2016, he began work on a doctorate in composition at the University of California, Berkeley, working with Franck Bedrossian, Edmund Campion, Ken Ueno, and Cindy Cox. He also received a Prix George Ladd to participate in Cursus (the IRCAM’s composition and computer music course) in 2019-2020.

His work has been commissioned and performed by ensembles such as Vertixe Sonora, Alarm Will Sound, the Quatuor Tana, the Ensemble Meitar, Proton Bern, Loadbang, and the Divertimento Ensemble, as well as at festivals such as Sonorities, Spaziomusica, Toronto International Electroacoustic Symposium, NYCEMF, Pulsar, and the Electroacoustic Barn Dance.

One of the cornerstones of Boneh’s work, which is at the core of his research in the Music Cognition Lab, is investigating the expectation that form in a listener’s mind as they hear a piece of music and the ways in which these expectations shape their listening experience - an exploration anchored in Leonard Meyer’s Emotion and Meaning in Music. As Boneh puts it, “I am fascinated by the idea of stripping away the knowledge of what is creating the sound.” To form a more perfect human (2017) specifically explores this (partly) acousmatic approach, placing two of its seven performers, a trumpet player and a percussionist, behind a screen where the audience cannot see them. His Five Fantasies (2019) also explores this idea of confronting the listener with sounds that cannot be identified by setting to music a text made up of invented words.

Her Majesty the Fool (2020) for microtonal accordion and electronics, his final piece for Cursus, seeks to develop the meaning of each sound by placing it in relation to others, through a combination of opposing characters, vintage sound, and raw mechanics. This aesthetic of contrasts, which is present in much of his work, adds a touch of humor, and even irony, to his compositions.

For the Chaire Supersonique, Oren Boneh collaborated with the École des Beaux-Arts de Paris on a work performed at the Théâtre des Expositions. He is also working with choreographer Ayelen Parolin on two upcoming pieces, With and Simple, which will tour in 2021-2022.

He is published by BabelScores and qPress.