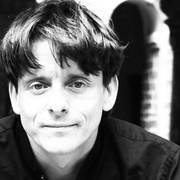 Born in Cologne, Oliver Schneller grew up in Africa, Europe and Asia. He studied political science and musicology at Bonn University before traveling to Nepal to participate in a Goethe Institute of Kathmandu project in 1990-91 to support traditional music.

In 1994, he travelled to the United States to pursue studies of composition, first at the New England Conservatory and then at Columbia University with Tristan Murail. In 2002, he defended his doctoral thesis, which was focused on the use of spatialisation in music. While in the USA, he also assisted in the development of CUNI (the computer music studio at New York University). Upon his return to Europe, in 2000-2001, he participated in the IRCAM Cursus (IRCAM’s composition and computer music course). Throughout his education, he attended numerous masterclasses, allowing his further study with composers such as Salvatore Sciarrino, Jonathan Harvey, Brian Ferneyhough, George Benjamin and Vinko Globokar.

Also active as a saxophone player, Oliver Schneller has performed with ensembles including the George Russell Big Band, Gustav Mahler Youth Symphony (Seiji Ozawa, conductor) and the Tanglewood Music Center Orchestra, and as a soloist in Tan Dun’s Red Forcast. He regularly performes with jazz and improvisation groups in Cologne, Amsterdam, Boston and New York.

Schneller’s works have been performed at major international festivals. His varied catalogue comprises many works featuring electronics and spatialisation, such as Die Unendliche Feinheit des Raumes - Theatrum Sonorum for organ, horn, tuba, percussion, eight loud-speakers and video (2005), and La couleur du son, an audio-visual installation for eight loud-speakers and video (2008), as well as works which demonstrate his fascination for extra-European musical traditions, notably through their use of instruments from the Far East, such as Anaclasis for recorder, trumpet, sho, piano and cello (2008), and Kumoijoshi for koto and soprano saxophone (1995). His output also includes works for a wide range of Western instruments, including Reed-Weed for solo saxophone (1996), Metall for orchestra (2006-2008), Alice Setting for soprano, choir, percussion, strings and piano (1997), and Candidum lilium for two sopranos, two tenors, bass voices and electronics (1997), as well as chamber works which betray both his background in jazz and his preoccupation with techniques of early music, such as Hoqueterie for two saxophones, guitar and percussion (1996).

From 2002 to 2004, Oliver Schneller was composer-in-residence at IRCAM, where he composed Jardin des fleuves for chamber ensemble and spatialised electronics. A residency at Villa Massimo in 2006-2007 gave rise to the premiere of the sound installations Cento Correnti (2006) and Voice Space (2007), as well as Stratigraphie for six instruments and six loud-speakers. In 2009, he created a 48-channel sound installation for the TASWIR exhibition - Islamische Bildwelten und Moderne, organised by Almut Bruckstein.

Schneller is active as a teacher and continues to undertake research on traditional musics. He has given seminars on acoustics and psychoacoustics for composers at the Universität der Künste Berlin. In 2004, he was Artistic Director of the “Tracing Migrations” Festival, an event featuring the music of contemporary composers from the Arab world. In 2005, he led a seminar in which Toshio Hosokawa and Helmut Lachenmann also participated, which sought to compare the notion of “beauty” in Eastern and Western musics.

He was a guest professor at the Stuttgart Musik der Jahrhunderte Global Interplay Projet, and from 2009-2010, taught composition at the conservatory in the same city, replacing Marco Stroppa. From 2012 to 2015, he taught composition at the Hanover Conservatory and was director of the Incontri Institut für Neue Musik. In 2013, he was co-curator of MaerzMusik. In 2015, was named Composition Professor and Director of the Eastman Audio Research Studio (EARS) at the Eastman School of Music in Rochester, New York. He then served as DAAD Guest Professor at the Technische Universität Berlin during the Winter Semester of 2018-19. He currently teaches composition at the Robert Schumann Conservatory in Düsseldorf.