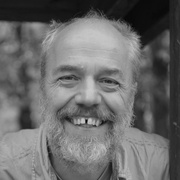 Martin Smolka studied composition with Jiri Pauer and Ctirad Kohoutek at the Academy of Performing Arts in Prague, and privately with Marek Kopelent. His work has variously been categorised as “post-Webernian,” minimalist, microtonal, American experimental, and belonging to the “Polish School”.

In 1983, along with Miroslav Pudlák and Petr Kofroň, he co-founded Ensemble Agon, a group specialising in the performance of unconventional contemporary music. He was artistic director and pianist for the group from its inception until 1998. The ensemble has played an important role in bringing internationally significant works to Czech audiences. Through a series of projects with the group, Smolka undertook research on both the microtonal music of the students of Aloïs Hàba, and on the music scene in Prague in the 1960s.

In the 1990s, Smolka became interested in unusual and unconventional instrumental techniques and sound sources (detuned instruments, gramophones, “junk” objects, the instruments and harmonic system of Harry Partch, etc.), with the objective of integrating natural and “urban” sounds into his works. He considers some of his compositions from this time to be “sonic photographs;” for example, L’Orch pour L’Orch is a sonic image of the nighttime in a railway marshalling yard.

He later focused on elements from traditional music, which he transformed according to microtonal harmonic patterns and reassembled into sonic collages, as in Remix, Redream, Reflight.

Martin Smolka has received commissions from ensembles such as 2e2m, Arditti Quartet, and Neue Vokalisten. His works have been performed in festivals including Warsaw Autumn (1987), Donaueschingen Musiktage (1992), Berlin Biennale (1993 and 1997), Nov-Antiqua in Cologne (1996), Bang-on-a-can-Marathon (1996), and Wittener Tage für Neue Kammermusik (1999).

In 2003, he taught composition at the Janáček Academy of Music and Performing Arts in Brno.

Martin Smolka is also the co-author, with Petr Kofroň, of the book Graphic Scores and Concepts.

His works are published by Breitkopf & Härtel.