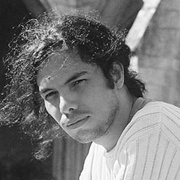 Colombian composer Marco Antonio Suárez-Cifuentes studied from 1994 to 2000 at Javeriana University in Bogota, graduating with a Master’s in composition. In 2002, he undertook further study with Emmanuel Nunes (composition), Luis Naón (composition and new technology), and Alain Louvier (analysis) at the Paris Conservatoire (CNSMDP). He was awarded distinctions in his analysis class in 2005 and in his composition class in 2006. In 2005, he participated in Voix Nouvelles at Royaumont, where he studied with Michaël Lévinas, Brian Ferneyhough, and Jean-Luc Hervé. In 2006-2008, he undertook the two years of the IRCAM Cursus (IRCAM’s composition and computer music course), where he worked with Robin Meier, Mikhail Malt, Emmanuel Jourdan, Jean Lochard, and Yan Maresz. In 2017, upon submitting his doctoral thesis titled “Interactions, Articulation and the Poetic in Instrumental, Acoustic and Electro-acoustic Space,” completed under the supervision of Frédéric Bevilacqua (Ircam), Stefano Gervasoni, and Luis Naón (CNSMDP), he was awarded a Doctorate of Arts from the Paris Conservatoire.

Since 2003, he has undertaken a number of artistic residencies, including at GMEM in Marseille, the Centro Multimedia at the Centro Nacional de las Artes (CENART) in Mexico City with Onyx Ensemble, Studio Musiques Inventives in Annecy, Muse en Circuit, GRAME, and Art ZOYD. He was a musical advisor for Transforme 2008 (Royaumont) and resident composer with the Sound/Music/Movement/Interaction Team at IRCAM in 2010.

Suárez-Cifuentes’ participation in the IRCAM Cursus was concluded by the premiere performance, in January 2009, of Poetry for // dark -/ dolls for female voice and quintet, a work to be performed in two spaces simultaneously, by soloists from Ensemble intercontemporain.

Starting in 2017, he collaborated with stage director Nieto on a lyrical and visual performance piece titled REVELO. He worked with Myriam Gourfink during the “Transforme” workshop at Royaumont. He also taught composition and music theory at the Romainville Conservatory (in the suburbs of Paris) from 2008 to 2016. His works have been performed in South America and Europe by ensembles such as Multilatérale, Le Balcon, Ensemble intercontemporain, Vortex, Contemporanea, Contrechamps, Onyx, Itinéraire, EOC, Instant Donné, XAMP, and Decibelio. He has been commissioned by the French Ministy of Culture, IRCAM, Radio France, Royaumont, SACEM, the Colombian Ministry of Culture, and the Carolina Oramas, Mazda, Meyer and Tarrazi Foundations.

In 2018-2019, Marco Antonio Suárez-Cifuentes undertook a research residency at IRCAM on the theme “Composing spaces and perception/REVELO,” in collaboration with the Sound/Music/Movement/Interaction Team at IRCAM and the Zentrum für Kunst und Medien (ZKM) in Karlsruhe.