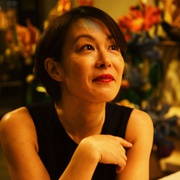 After obtaining an undergraduate degree in law from Doshisha University in 1994, Malika Kishino turned to composition. She earned a graduate degree in 1998 from the École Normale de Musique de Paris, where she studied with Yoshihisa Taïra. She then studied with Robert Pascal at the Conservatoire National Supérieur Musique et Danse de Lyon and graduated in 2003. In 2004-2005, she attended the Cursus program for composition and computer music at IRCAM under the direction of Philippe Leroux.

Kishino strives to create “sound organisms” shaped by their inherent musical and driving forces. Her sound spectrum integrates electronics as well as Japanese instruments — notably the koto, which is found in Monochromer Garten IV and V; Ha-Dô, which also includes the Korean daegeum; Qualia; and Erwachen I and II. Aside from in instrumentation, Kishino otherwise does not refer to the classical Japanese musical tradition. She draws her inspiration from physical and psychic phenomena, and particularly from nature. She often manipulates spatial distribution, as in Danse du Zephyr and Fluxus ac Refluxus, or incorporates electronics with eight-channel sound distribution, as is the case for Aqua Vitae and Rayons crépusculaires. Water and light inspire many of her musical reflections. Rayons crépusculaires evokes the “Jacob’s ladder” atmospheric effect, when visible rays of sunlight descend from behind a cloud; Sensitive Chaos evokes the flow of water, while Du firmament and Prayer/Inori explore the phenomenon of light refraction in water.

The garden is another prominent theme in Kishino’s musical universe, appearing most obviously in the Monochromer Garten series, but also in her Concerto pour Koto. The latter is inspired by Japanese gardens, which she conceives as a space enclosing a few select elements that must simultaneously represent nature in miniature as well as the inner world of the gardener. This conception is somewhat analogous to her own compositional process:

I like to compare it with the cell of a human body: when I compose, I use such cells, the smallest units of sounds and pitches, as my basic material, and I try to create a living organism in a given amount of time. I can learn the structure and essence of organisms from nature.1