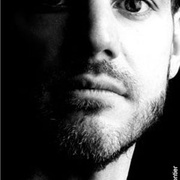 Born in the United States in 1971, Jason Eckardt played guitar in several rock and jazz bands before hearing Webern’s music for the first time, an experience that immediately inspired him to become a composer. From the beginning, his music was influenced by his interest in the complexity of perception, virtuoso perforamance, and self-organizing processess in nature.

His work has been performed in the world’s major international festivals (including the Festival d’Automne in Paris, ISCM World Music Days, Voix Nouvelles, Musica Nova, and the Darmstadt Festival) and broadcast on the radio (by the BBC, Saarlandisches Rundfunk, Radio Socioculturelle, WKCR, the Australian Broadcasting Company, WBAI, and Cultura FM Espana).

Eckardt is an active promoter of contemporary music, and to this end co-founded and directs Ensemble 21 in New York City. Ensemble 21 rapidly gained wide renown for its innovative programming and the quality of its performances. It has premiered more than thirty pieces and has recorded with labels such as CRI and Mode.

Jason Eckardt holds a doctorate in composition from Columbia University and graduated from Berklee College of Music in 1992, where he was awarded the Richard Levy Scholarship. He has taken master classes with Milton Babbitt, James Dillon, Brian Ferneyhough, Jonathan Harvey, and Karlheinz Stockhausen, and has taught at Columbia, Illinois, New York, Northwestern, and Rutgers Universities, the Oberlin and Peabody Conservatories, and is currently on the faculties of the Graduate Center and Brooklyn College of the City University of New York.