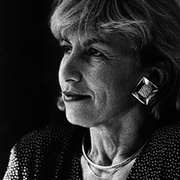 Elżbieta Sikora studied sound engineering at the Chopin University of Music in Warsaw, and then electroacoustic music with Pierre Schaeffer and François Bayle at GRM in Paris from 1978 to 1980. Upon her return to Warsaw, she undertook study of composition with Tadeusz Baird and Zbigniew Rudzinski. In 1973, with Wojciech Michniewski and Krzysztof Knittel, she co-founded KEW, a composers’ collective which organised concerts throughout Europe before being disbanded some years later.

In 1981, Sikora was awarded a nine-month study grant from the French government, and following the declaration of martial law in Poland on 13 December of that year, immigrated permanently to France, where she studied composition and analysis with Betsy Jolas and participated in workshops at IRCAM. She was later a guest at the CCRMA (Center for Computer Research for Music and Acoustics) at Stanford University, where she worked for several months with John Chowning.

From 1985 to 2008, she taught electroacoustic music at the Angoulême Conservatory, and from 2009 to 2017, was the director of the Musica Electronica Nova Festival in Wrocław.

Her catalogue comprises some sixty electroacoustic and instrumental works, including operas, ballets, and orchestral, chamber and solo pieces. Her music has been performed in several countries in Europe and in the United States, notably at festivals including Avignon, Dresdner Musikfestpiele, Warsaw Autumn, Fylkongen in Stockholm, Musica Electronica Nova, Présences, and the Bourges Festival of Electroaucoustic Music. She has received commissions from Radio France, IRCAM, GRM, Muse en Circuit, the Monte Carlo Ballet, and the French and Polish Ministries of Culture.

In 1981, an invitation from Tod Machover to work at IRCAM gave rise to the composition of Tête d’Orphée II for flute and electronics, which was premiered by Pierre-Yves Artaud and subsequently widely performed internationally. Deeply influenced by Pierre Schaeffer, she maintained a close connection to GRM, where in 1982, at the behest of François Bayle, she composed Janek Wiśniewski-Décembre-Pologne for tape, a work exploring the events which had taken place in Poland in December 1981.

Sikora has composed several operas, including the radio opera Derrière son double, commissioned by Radio France, L’Arrache-Cœur after Boris Vian, premiered at the Warsaw National Opera in 1995, and Madame Curie, commissioned to commemorate the centenary of the conferral of the Nobel Prize upon Marie Skłodowska-Curie, which was premiered at UNESCO in 2012 and subsequently reperformed at the Gdańsk Baltic Opera. She has also composed numerous works for fixed media, including Flashback, hommage à Pierre Schaeffer (1996) and Axe Rouge V (2012), and the ballets Blow-up (1980), The Waste Land (1983), and La Clef de verre (1986).

Many of her works have been awarded prizes: Ariadna received the second prize in the C. M. Weber International Composition Competition in Dresden in 1978; Guernica, hommage à Pablo Picasso received the first prize in the Mannheim Competition for Women Composers in 1981; Chant’Europe received the SACEM Pedagogical Prize in 1994; L’Arrache-Cœur received the SACD “New Musical Talent” Prize; Acquamarina received the Prix Magistère at Bourges; Le Chant de Salomon (2003) received an honourable mention from the Académie du Disque Lyrique; and finally, Madame Curie was awarded the Splendor Gedanensis Prize and the 2012 Artistic Prize from the Gdańsk Region.

Elżbieta Sikora was awarded the Knight’s Cross of the Order of Merit of the Republic of Poland in 1997, and was made a Knight of the Order of Arts and Letters in France in 2004.