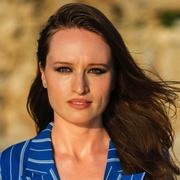 Elena Rykova studied piano and conducting at the Secondary Special Music College in Ufa, Russia. She then studied composition with Yuri Kasparov at the Moscow State Conservatory from 2010 to 2015. In 2015, she enrolled in the master’s degree in composition at the Hochschule für Musik und Tanz in Cologne with Johannes Schöllhorn. In 2016, she went to Harvard University, where she had doctoral studies with Chaya Czernowin and Hans Tutschku, and at the same time was a lecturer for courses in acoustic and electroacoustic composition. She has attended composing master classes with Franck Bedrossian, Pierluigi Billone, Beat Furrer, Francesco Filidei, Philippe Leroux, Mark Andre, Klaus Lang, Peter Ablinger, Louis Andriessen, Dmitri Kourliandski, Clemens Gadenstätter, and Jean-Luc Hervé. In 2019, she became a guest composer-lecturer at the Catalonia College of Music in Barcelona.

Rykova explores a wide variety of genres within music and visual arts. The first work in her catalog, The Mirror of Galadriel (2012), was already an experiment at the crossroads of the visual and sound arts. This piece encompasses Rykova’s interests in the relationship between sound and movement, the use of found objects, and the relation between a composer’s capacity for action, that of the performer, and their interdependence. These themes can be found throughout her catalog. Recent compositions include Sí Hay MONSTER (2018), A message from a world in which we are absent (2018), and Leaves in marble (2019). Rykova has collaborated several times with the visual artist María Korol on stop-motion animation projects (Study in Yellow and Violet, 2019; A Cow in the Backyard, 2020) and in developing simple instruments to be played intuitively (Clay Instruments, 2017). She also collaborated with the designer Martina Schlusnus for the interactive installation Music Boards (2016-2017), where music notation is translated into architecture.

Rykova’s work is also the site of extensive research into new forms of musical notation. With her piece 101% mind uploading (2015), she began to develop her own visual language in handwritten scores. In such scores, which are regularly featured in independent exhibitions in Russia and the United States, she confronts traditional notation. Detailed drawings of instruments, texts and poems, sound maps, and transparent layers of paper allow the performer to read multiple levels of direction at once or to choose only one.