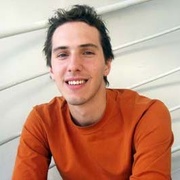 Since 2004, he has studied on multiple occasions with Pierluigi Billone, Alessandro Solbiati, Azio Corghi, and Helmut Lachenmann. He has also attended the International Ensemble Modern Academy (IEMA) with George Benjamin in Frankfurt in 2005, and in 2006 participated in the Royaumont Voix Nouvelles composition session with Brian Ferneyhough, Michael Jarrell, and François Paris. He returned to Royaumont in 2008-2009 for the Transforme session.

In 2008-2009, he participated in Cursus I (IRCAM’s composition and computer music course). In 2009-2010, he was composer-in-residence at the Akademie der Künste in Berlin. In 2010-2011, he completed IRCAM’s Cursus II. In 2011-2012, he was a resident at the Casa de Velàzquez in Madrid. The following year, he returned to IRCAM for a research residency, and in 2013-2014, he worked as a research assistant at the Geneva University of Music. In 2017, he obtained his PhD in Composition and Music Research at Ircam/UPMC/Sorbonne. From 2017 to 2020, he teached Electroacoustic Composition at the Conservatory of Genova, and in 2020 was a researcher at CNMAT/University of California Berkeley.

He has received commissions from the Divertimento Ensemble for Le carte di Pólya (2007), De Selby Compendium (2010), and Itaca (2012), as well as from Royaumont for Alba (2006), the Archipel Festival for Verso Snàm-dà-én (2008), the French Ministry of Culture for iCi (2010) and Nostre (2014), Radio France for Come un lasciapassare (2015), and the IRCAM (co-commissioned with the Divertimento Ensemble) for An Experiment With Time (reloaded) (2015). His first opera, La notte poco prima della foresta premiered in September 2009 during the MITO September Music Festival in Milan. His final composition for Cursus II, abroad, premiered in 2011 in a performance by the Musikfabrik ensemble, conducted by Enno Poppe. In 2015, he collaborated with the director Daniel Janneteau on a performance installation titled Mon corps parle tout seul, created during the In vivo Théâtre workshop as part of IRCAM’s 2015 Académie Manisfeste. He participated again in the ManiFeste festival in 2020 with two creations, On that April morning she rose from her bed and called and the Musique-Fiction Naissance d’un pont, a device designed for the ambisonic dome, made up of 64 loudspeakers, on a text by Maylis de Kérangal.

Working with Andrea Agostini, he created a project titled “bach: automated composer’s helper,” a digital platform for computer-assisted composition, which garnered him the 2012 AFIM Young Researcher’s Prize and a Piccialli Prize. He is also co-founder of /nu/thing, a composers’ collective which runs the blog www.nuthing.eu, and whose members have collaborated with each other on the composition of a number of works.

Daniele Ghisi has received other awards and honors, as well: the Valentino Bucchi and Oreste Sindici prizes in 2002, the Rotary prize in 2004, the J.S. Mayr key, the Franco Donatoni International Composition Prize in 2008, the Edouardo Ocon prize in 2010, and a prize from the Fondation Coupleux-Lassalle for Nostre in 2013. His Danse Macabre was awarded the prize for best video installation at the Saint Petersburg Multivision Festival and the Prize Call4roBot at the Bologna roBot Festival.

In 2016, the Stradivarius label released an album devoted to his compositions titled Geografie, a compilation of several of his pieces performed by the Divertimento Ensemble and the soprano Laura Catrani.