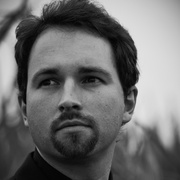 Vito Žuraj studied composition in Ljubljana with Marko Mihevc, then in Dresden with Lothar Voigtländer and in Karlsruhe with Wolfgang Rihm. Upon completing studies in composition, he obtained a Master’s degree in music technology. In 2009-10, he participated in the International Ensemble Modern Academy in Frankfurt. He has also studied with Brian Ferneyhough, Wolfgang Mitterer, Toshio Hosokawa, Michael Jarrell, and Johannes Schöllhorn at various summer courses.

He has received numerous grants, e.g., from GEMA (German performance rights society), the Hoepfner Foundation (Wolfgang Rihm Scholarship), the Hanne Darboven Foundation, and the state of Baden-Württemberg. In 2010, he received a grant from the Deutsche Bank Foundation to attend the “Opera Today” Academy. He was a resident of the Villa Massimo in Rome in 2014.

Since 2003, his works have been performed by Ensemble Modern, Klangforum Wien, and Ensemble Recherche, among others, at festivals such as the Darmstadt Summer Course, the Takefu International Festival, Acanthes, Royaumont Voix Nouvelles, ManiFeste (IRCAM), and Musikprotokol.

From 2013-15, he taught instrumentation and Gregorian chant at the Karlsruhe Conservatory. Since 2015, he has taught composition at the Ljubljana Academy of Music, where he is currently establishing a studio for electronic music. In 2016-17, he was composer in residence with the Philharmonic Orchestra of the Erfurt Theatre.

In 2015, the Wego label produced “Changeover”, a portrait CD. Other recordings of his works have appeared on the Neos label.