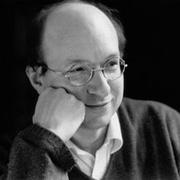 Born in France in 1951, Bernard Cavanna decided early in life to devote his life to composing, a field in which he is largely self-taught. An intuitive and original creator, he was encouraged on his path by Henri Dutilleux, Paul Mefano, and Georges Aperghis, and strongly influenced by the music and thinking of the Romanian composer Aurèle Stroë. He was a resident at the Villa Médicis in Rome from 1985 to 1986.

Notable among the many pieces in his repertoire, which covers nearly all genres, are three concertos (Concerto pour violon, Double concerto pour violon et violoncelle, and Karl Koop Konzert) whose defining feature is that they each borrow an instrument from one of the composer’s most loved formations: a trio of violin, cello, and accordion. Cavanna’s attraction to conflict and oppositions – whose unexpected vigor at times mixes violence with pleasurable detail and refinement - is particularly well illustrated in these compositions, as well as in Messe, un jour ordinaire (1994). This piece, probably the most emblematic of his work, contrasts the traditional prayers of a Catholic mass, sung with force and grandiloquence, with the modest and tragic voice of Laurence (a young, lost, drug-addicted woman whose character is drawn from Jean-Michel Carré’s documentary Galères de femmes). In 2013, A l’agité du bocal set to music a “pamphlet-charge” by the French author Céline against Sartre. From the various reactions to the play, calls for censorship and rave reviews, director Delphine Blic made a documentary film in 2016, Le caillou dans la chaussure.

Other remarkable pieces include Io (1980/1981) for voice and eleven instruments, an opera titled La confession impudique (1987/1992) based on a novel by Junichiro Tanizaki, and Sept chants cruels (2001) for soprano and orchestra. Another work, Trois strophes sur le nom de Patrice Lumumba for solo viola, viola da gamba, two double basses, harp, and timpani, illustrates the “tight conjunction” – which may be seen as a legacy of Aurèle Stroë – between musical thinking and the encounters with sound images from which it comes.

Cavanna has received many commissions (including from the French Ministry of Culture, Radio France, the Festival d’Avignon, the Ensemble Intercontemporain and various national theaters), has been performed in renowned international film festivals (Musica, Avignon, Présence/Radio France, Marseille/GMEM, 38e Rugissants), and has received numerous awards and honors. Cavanna has also worked in theater (with Jean Gillibert, Antoine Vitez, Stuart Seide, Daniel Martin, and Michel Berretti), in dance (with Caroline Marcadé, Angelin Preljocaj, and Odile Duboc), and in film (with Pierre-Henry Salfaty and Alain Fleischer, with whom he collaborated for some twenty years).

Aesthetically, the music of Bernard Cavanna stands out for its singular freedom from dogma and its constant inventiveness. The resulting eclecticism has brought Cavanna to incorporate a variety of unexpected encounters into his work, from popular music to the Romantic tradition to modern erudition.

Working with Laurence Pietrzak, Cavanna produced and directed a documentary on Aurèle Stroë (distributed Les Films d’Ici), which won several prizes, including a special mention from the jury in the international Classique en images competition organized by the Louvre Museum.

Bernard Cavanna has directed the École Nationale de Musique de Gennevilliers from 1987 to 2018, and is on the board of directors of the 2e2m ensemble and the Théâtre du Plateau in Paris.