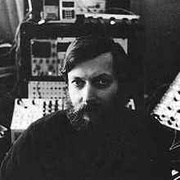 André Stordeur began his career as a jazz drummer in 1959, the year in which he became a member of a quartet led by John Van Rymenant. In the early 1970s, he shifted his focus to electronic music, which he discovered through the work of American composer Morton Subotnick. Stordeur went on to become a member of the Studio Voor Experimentele Muziek (S.E.M) Ensemble, founded in Antwerp by Joris De Laet, where he worked alongside composers Dirk Veulemans, Paul Andriaenssens, Karel Goeyvaerts, Lucien Goethals, and Serge Vostockt.

In 1973, he founded his own electronic music studio in Brussels, the Studio Synthèse. In 1977, he composed music for the film Office Baroque, a documentary about American architect Gordon Matta-Clark, directed by Eric Convents and Roger Steylaerts.

In 1979, he collaborated with Belgian composer Paul-Baudouin Michel at the Institut voor Psychoacustica en Elektronische Muziek (I.P.E.M.) studio (the electronic music studio at Ghent University) on the electro-acoustic work Phraséologie. In the same year, Igloo Records released the album 18 Days, containing works composed by Stordeur using an EMS Synthi AKS (a portable modular analogue synthesiser, released commercially in the early 1970s) and an SEM1 Oberheim (another type of analogue synthesiser from the mid-1970s).

In the early 1980s, Stordeur started composing exclusively on “Serge” modular synthesisers. Most frequently, he used a prototype Serge 1980, created especially for him by Serge Tcherepnin, founder of the Serge Modular Music Systems Company. Stordeur went on to become the official European consultant for this company.

In 1981, he composed the music for the documentary Du Zaïre au Congo [From Zaire to the Congo], directed by Christian Mesnil. In the same year, he studied at IRCAM with David Wessel while also teaching modular synthesis at the American Cultural Center in Paris. Subsequently, he travelled to the United States to study with Morton Subotnick.

Stordeur’s works are characterised by the presence of improvised elements and an exploration of sonic textures that are subsequently organised into experimental, abstract, and meditative compositions.

In 1997, he published The Art of Analog Modular Synthesis by Voltage Control: a guide to everything modular. From 1996 to 2005, he was the administrator of “The Analog Cottage,” a website dedicated to audio synthesis.