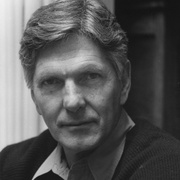 Mario Lavista was born in Mexico in 1943. He started out studying piano, and then from 1963 to 1967 studied analysis and composition with Carlos Chávez and Rodolfo Halffter at the Conservatorio Nacional de Música in Mexico City. In 1967, he traveled to Paris to continue his studies at the Schola Cantorum with Jean-Etienne Marie, where he remained until 1969. He also attended lectures by Nadia Boulanger in 1968, as well as taking classes with Henri Pousseur and Karlheinz Stockhausen at the Rheinische Musikschule in Cologne in 1968 and in Darmstadt in 1969, where he met György Ligeti.

In 1970 Lavista returned to Mexico, where he founded the improvisational group Quanta. His first compositions explored the concept of chance. He worked in the electronic music studio of the Conservatorio Nacional de Música in Mexico City, and then in the NHK studio in Tokyo from 1971-1972. He collaborated with artists from other disciplines such as Arnaldo Coen in Cluster (1973) and Jaula (1976), and the filmmaker Nicolás Echevarría, for whom he composed numerous film scores.

In the 1980s, Lavista embarked on a major exploration of timbre, leading to the composition of a large number of works for solo and chamber instruments. He worked in collaboration with the performers of these pieces, in which he sought to expand instrumental technique. These included Dusk for double bass (1980), Marsias for oboe with wine glasses (1982), and Reflejos de la noche (1984), a quartet written for the Cuarteto Latinoamericano, which would go on to record his six string quartets (on the Toccata label, 2011). He continued writing solo and chamber pieces in the ensuing decades, interspersed with pieces for large orchestra – Clepsidra (1990-1991), Lacrymosa (1992), Tropo para Sor Juana (1995) - vocal pieces – Pañales y sonajas for mezzo-soprano and prepared piano (1999), Salmo, for soprano and double bass (2006) – and a musical theater piece based on Rabelais’ Gargantúa (2002), as well as a concertante work, Concierto para cello y orquesta (2010).

He has received numerous awards and honors, including the 1978 Diosa de Plata from the Asociación de Periodistas y Críticos de Cine; a Guggenheim fellowship for Aura (1988), an opera based on a short story by Carlos Fuentes; the 1991 Premio Nacional de Artes y Ciencias from the Government of Mexico, and the Mozart Medal of the Austrian Embassy. He was named a composer emeritus by the Sistema Nacional de Creadores del Fondo Nacional para la Cultura y las Artes (FONCA) in 1993, and received an honorary degree for lifetime achievement from the Unión Mexicana de Cronistas de Teatro y Música. The journal Viceversa named his Missa Brevis ad Consolationis Dominam Nostram best classical album of the year in 1998 and the album Voces Americanas, which includes Quotations (1976) was nominated for a Grammy in 1999. Lavista was named to the Mexico Academy of Arts in 1987 and to the country’s Colegio Nacional in 1998.

Lavista is also a prolific writer, and founded the journal Pauta in 1982, which went on to become one of Latin America’s foremost musical journals, and of which he remains the editorial director. He also teaches widely, both at the Conservatorio Nacional de Música in Mexico City and numerous other institutions, including the University of Chicago, Cornell University, the University of California at San Diego, Indiana University, and McGill University.