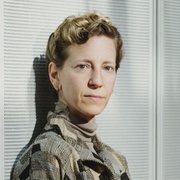 Sivan Eldar was born in Israel in 1985 and began studying music in Tel Aviv at the age of five, starting with piano and voice. At fifteen, she moved to New Mexico (USA) to continue her training at the United World College, where she studied composition, piano, and ethnomusicology. She pursued her studies at the New England Conservatory (Boston) and then at the University of California, Berkeley where she completed a doctorate in composition under Franck Bedrossian, Edmund Campion, and Cindy Cox. The first composition in her catalogue is Pisik I, a short piece for voice, hand-clapping, and guitar.

Over the year, Sivan Eldar expanded her mastery of different musical instruments, acoustic, electric, and electronic. In 2014, the Terezin Music Foundation commissioned two choral pieces to commemorate the seventieth anniversary of the liberation of the concentration camps, the first of which, Mother Tongue, premiered on 5 October 2015 at Boston’s Symphony Hall. That same year, her concerto for bass clarinet was included on the album Ostrava Days, a collection of recordings from the Ostrava Days Festival in 2013. She has also composed electroacoustic works (The Four Elements, A Note on Triumph), installations (Compositions for leaves, [A]rhythmic dictation) and orchestral pieces (A Thousand Tongues, Crumb Child).

In 2016-2017, Eldar participated in Cursus (the IRCAM’s composition and computer music course), where she was able to perfect her knowledge of MaxMSP, OpenMusic, and Antescofo. She then served as an artist-in-residence at the IRCAM before a residency at the Cité Internationale des Arts, where she remained until May 2017. At the IRCAM she also worked with acoustic instruments: one of her first experimentations, Violin Tapestry, uses an out-of-tune violin whose strings are pierced through by metal needles. At the IRCAM she also performed her electroacoustic piece You’ll drown, dear, in collaboration with Cordelia Lynn, vocalist Juliette Raffin-Gay, and director Aurélie Lemaignen.

Eldar is particularly interested in the sensory experience of sound and its relationship to live theater. Her music explores ideas of time, memory, and space at the limits of human perception.

Since 2017, she has been published by Durand-Salabert-Eschig.

In June 2018, You’ll drown, dear was performed again during the ManiFeste festival, along with works by Franck Bedrossian and Rebecca Saunders. In autumn 2019, she began a residency with the Orchestre National de Montpellier. She is working with Cordelia Lynn on her first opera, Like flesh, a commission by the Opéra de Lille for its 2021-2022 season, in co-production with IRCAM and Le Balcon.