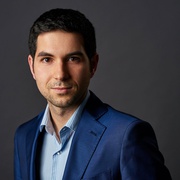 A trained accordionist, Mikel Urquiza studied composition at Musikene in San Sebastian with Gabriel Erkoreka and Ramon Lazkano, and later in Strasbourg with Mark Andre, whose influence is manifest in the work Erio (2011) for orchestra. In 2012, he began further study at the Paris Conservatoire (CNSMDP) with Gérard Pesson. In 2014, he participated in the Voix Nouvelles Academy at Royaumont. In 2019, he received a grant from the Peter Eötvös Foundation and was a resident at the Villa Medici.

At the age of 21, Mikel Urquiza was awarded the Francisco Escudero International Composition Prize, and two years later, received the highest level of acknowledgment for a young composer by the INAEM. In 2014, he wrote his first opera, Maudits les innocents, the first act of a lyrical tale based on a text by Laurent Gaudé, produced by the Paris National Opera.

He has worked with ensembles such as Instant Donné, Ascolta, Mosaik, Ensemble Intercontemporain and C Barré, with the latter commissioning More sweetly forgot (2017), Elurretan (2017), and Songs of Spam (2019). Meitar Ensemble performed his Cinq pièges brefs (2013) in Tel Aviv. His string quartets Indicio (2016) and Ondar (2012) were the result of close collaborations with the Diotima Quartet.

His works have been performed in festivals such as Quincena Musical (San Sebastian), MATA, Musikprotokoll, Gaudeamus Muziekweek, ECLAT, Wittener Tage für neue Kammermusik and the Lucerne Festival. His piano work Contrapluma (2016) has been widely performed through ECHO (European Concert Hall Organisation), and was proposed as a work for finalists in the Ferruccio Busoni and Orleans International Competitions.

As a former member of the Kantika Korala children’s choir, Mikel Urquiza frequently composes for voice, as in I nalt be clode on the frolt (2018), the result of a collaboration with soprano Marion Tassou; Songs of Spam (2019), premiered by Neue Vocalsolisten; and White nights (2014) and Alfabet (2019), both of which were premiered by soprano Sarah Maria Sun. Urquiza’s works for voice are characterised by an idiomatic use of text which the composer feels is apt to express his distinct sense of humour. For example, in Songs of Spam, he explores issues of manipulation and control through the use of material derived from spam and phishing emails. His work I nalt be clode on the frolt, a setting of texts taken from newspaper announcements, further demonstrates his interest for the mundane, in this case, in the spirit of Helmut Lachenmann’s GOT LOST (2007-2008), whose initial inspiration was a terse posting complaining of the disappearance of a washing basket. Urquiza’s work Alfabet for soprano, trumpet, bass clarinet and percussion—which associates the Fibonacci series with letters of the alphabet—was performed at ManiFeste in 2020.