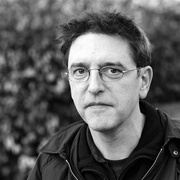 Manos Tsangaris studied composition and theatrical music with Mauricio Kagel, and percussion with Christoph Caskel, at the Cologne Academy of Music. His works from the 1970s onwards are characterised by an emphasis on diverse performance practices, including theatrical music and sound installations, alongside chambre and orchestral music.

His music has been performed in festivals including Donaueschingen, Witten Festival of Contemporary Chambre Music, the Belgrade International Theatre Festival, Ultima, TonLagen in Dresden, and Warsaw Autumn, and in theatres and opera houses in Cologne, New York, Mannheim, Dresden, and Berlin. He has received numerous commissions from German Radio.

In 1991, he was invited by the Union of Soviet Composers to undertake a residency in Moscow. From 2002 to 2007, he was an artistic advisor for the Cologne Schauspielhaus, and in 2009, was a special guest at Villa Massimo in Rome. He was elected as a member of the Saxe Academy of the Arts in 2010, going on to become the Deputy Secretary for Music at this institution the following year. Also in 2011, he founded the Internationale Institut für Kunstermittlung [International Institute for Artistic Investigation], an organisation through which he undertook research into the “anthropology of the stage”. In 2012 and 2013, he was artist-in-residence at the Zurich University of the Arts. In 2016, he was Co-artistic Director, alongside Daniel Ott, of the Munich Theatrical Music Biennale.

Manos Tsangaris’ catalogue is diverse and multi-faceted. While theatrical music comprises the bulk of his output, he has also created performance pieces and sound installations. Since 1986, he has also published poetry and anthologies. His sound installations are regularly exhibited in galleries and museums in Germany and abroad. Notably, the Kolumba Museum in Cologne and the Odense Gallery in Danemark have exhibited his work.