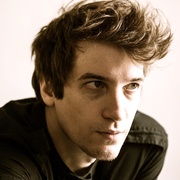 Lucas Fagin was born in Argentina in 1980. He studied piano, electric guitar, and composition (with Daniel Montès) in Buenos Aires. In 2003, he traveled to Paris to continue his composition studies at the Conservatoire de Paris (CNSMDP) with Marco Stroppa and Stefano Gervasoni; as well as with Luis Naón for the application of new technologies in composition. He received a fellowship from the Nadia et Lili Boulanger and the Tarrazi and Meyer Foundations.

In 2002, his composition Triángulos y Espacio premiered in Buenos Aires in a performance by Irvine Arditti and received the British Council’s CEAMC Prize. In 2003, the Center for Experimental Music of the Teatro Colón in Buenos Aires commissioned a piece for choreography: Instantáneas.

Fagin settled in France in 2003, collaborating with performers such as Nicolas Crosse for the writing of Crónica del Oprimido for double bass and electronics (2006), Guillaume Bourgogne for El Barrilete, as well as Franck Ollu, Zolt Nagy, and Rut Schereiner. He devoted a series of works to sound spatialization, including Cometas (2004) and Galaxia Espiral (2005) for ensemble, and Filamentos for multi-channel electronics (2005), which in 2006 won first prize in Diffusion, an international composition competition for electroacoustic music sponsored by the CCMCM (Centre for Computational Musicology and Computer Music) in Ireland.

His compositions have been selected three times for the Forum de la jeune création de la SIMC in Paris. In 2005, his quintet ElectroMekanico premiered at the Beijing Modern Music Festival. In 2006, his piano work Austral premiered at Tokyo’s Tsuda Hall and Entre Mundos premiered at Radio France, performed by the Orchestre du Conservatoire de Paris and conducted by Zsolt Nagy.

In 2008, he continued to explore the different possibilities offered by spatialization with Ilusionario, a commission from the Ensemble Squillante, Le Cerf-volant and Physiological Mechanics Fantasy, commissions from Ireland’s RTE Lyric. In 2009, he was invited to the Toru Takemitsu International Composition Competition in Tokyo by Helmut Lachenmann, where the Tokyo Philharmonic Orchestra performed Crónica Fisiológica Universal. He composed Jackpot, a commission from the Teatro San Martín in Buenos Aires for the German duo Robyn Schulkowsky and Reinhold Friedrich, as well as Spires, a commission from the SACEM for the Ensemble Multilatérale.

In 2010, he was selected by the reading committee of the IRCAM and the Ensemble intercontemporain, which premiered his Lanterna Magica in October 2011, and he wrote a short electronic opera for the TACEC in Argentina. In 2011, he began work on a new opera for the CETC of the Théâtre Colón and on a string quartet, Línea de Universo, for the 2012 Festival Ars Musica in Brussels.