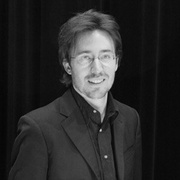 French composer and pianist born in 1978.

Laurent Durupt holds degrees in piano, chamber music, analysis, Renaissance counterpoint, improvisation, and composition from the Conservatoire de Paris (CNSMDP). He has won several international piano prizes (including the Grossetto and Pordenone awards in italy) and chamber music awards (in Kraków and in Paris) as well as prizes in composition, which he studied mainly with Frédéric Durieux, Allain Gaussin, and Philippe Leroux.

As a performer, he founded the duo Links with his brother, a percussionist; and the Links ensemble with a group including other artists. He has been invited to perform in numerous festivals and venues such as Nancyphonies, Festival Archipel, the Amsterdam Opera, and the Salzburger Schlosskonzerte.

In 2010, he was composer-in-residence at Royaumont (Voix Nouvelles), where he was mentored by Brian Ferneyhough, Francesco Filidei, and Liza Lim. In 2011, he participated in Cursus (IRCAM’s composition and computer music course) and was awarded first prize by a unanimous jury in the Tenso Young Composers Competition. He then participated in Cursus 2, where he composed P-Server, which was staged during ManiFeste 2013.

He has also received fellowships from the Fondation de France and the Meyer Foundation Meyer, as well as commissions from the Cabaret Contemporain, pianist Hugues Leclère, the Latvia Radio Choir, the Jeune chœur de Paris, and the Mercury Quartet. His compositions have been performed in Paris, Lyon, Strasbourg, Bogota, Vitoria, Chelsea, Manchester, Saint-Pétersbourg, Vancouver, Dallas, San Antonio, and New York, and in major concert programs such as Argento’s concert season in New York City and the Festival Musica de Strasbourg.

Laurent Durupt teaches piano at the Conservatory of the 14th Arrondissement in Paris and electronic composition at Université UPEM in Marne-La-Vallée.