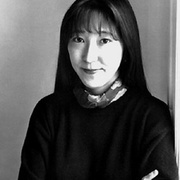 Karen Tanaka was born in Tokyo in 1961. She took up piano at the age of four and started composing at ten. She went on to study composition with Akira Miyoshi at the Toho Gakuen School of Music. During her four years at this institution, she was the recipient of numerous prestigious prizes in Japan and Europe, including the Viotti and Trieste Composition Prizes and the Japanese Symphony Foundation Award.

In 1986, she moved to Paris where, with a grant from the French State, she studied composition with Tristan Murail and participated in the IRCAM Cursus (IRCAM’s composition and computer music course). In 1987 she was awarded the Gaudeamus Prize, and in 1988 the Muramatsu Prize. In 1990-91, she studied in Florence with Luciano Berio thanks to grants from the Nadia and Lili Boulanger Foundation and the Japanese State.

Her music has been performed around the world. Her orchestral works Prismes, Initium and Wave Mechanics, and her work for solo cello Lilas have been released on CD. Her scores are published by Chester Music, London.