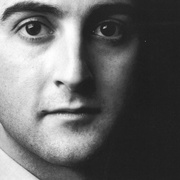 Jacopo Baboni Schilingi was born in 1971 in Milan, Italy. He studied compoisition with Ivan Fedele at the Civica Scuola di Musica in Milan and at the G. Martini Conservatory in Bologna, graduating in 1994. In parallel, he studied orchestral conducting with Vittorio Parisi.

Starting in March 1992, he began receiving international recognition, including prizes in several competitions and invitations to participate in festivals such as Ars Musica, RomaEuropa, and Milano Poesia. He worked actively with the MM&T Center in Milan, where he created several works. At the same time, he was a member of the Agon computer music center in Milan. Starting in 1993, he began collaborating with the Sezione di Musica contemporanea of the Milan Civica Scuola, where he held seminars in computer-assisted composition.

In 1993, he held a research residency at the IRCAM, and participated actively in teaching there during the 1995-1996 season. He designed and co-directed the IRCAM’s first CD-ROM for children’s music education, titled Dix jeux d’écoute, released in 2000.

In 1995, he develped a theory of music composition based on interactive models involving interactions among music, visuals, and architecture. Working with architect Pier Luigi Copat, he created Partitions (also known as A.I.M.T.R.), designed for an interactive space that is modulable in real time, the first physical installation of this form of composition using interactive models. He also helped to design computer-assisted composition software distributed by the IRCAM since 1995 (Profile, Morphology, CMI).

In 1996, he and Pierre Boulez were invited to perform his music for a private concert organized at the IRCAM by Mrs. Pompidou for the Paul Sacher Foundation.

In 1998, at the impetus of Luciano Berio, he founded the teaching department at the Tempo Reale Center in Florence, serving as its director for the next six years. That same year, he and Emanuele Quinz founded Anomos, an organization dedicated to research, artistic education, and exploration in new configurations of contemporary art, particularly those impacted and enhanced by digital technologies. During this period he also obtained a Master of Advanced Studies from the École des Hautes Études (EHESS) in Paris, under the direction of Hugues Dufourt.

En 1999, he taught composition at the Conservatoire de Musique in Montbéliard. From 1999 to 2001, he taught at the Department of Contemporary Musicology at the Université Paris IV-Sorbonne.

In 2001, he founded and became the director of the Ensemble de Musique Interactive (EMI), which performs music using interactive technologies. At the same time, he founded PRISMA, a musical research and production group, for which he oversees international exchanges, coordinates communications and publications, and international relations with festivals, universities, research centers, and conservatories.

From 2003 to 2005, he served on the steering committee of Ars Numerica, to which he invited university professors, researchers, and artists from France and abroad.

His work with the artist Arman in early 2000 led him to a series of interdisciplinary projects with video artists, sculptors, filmmakers, architects, and poets, including Miguel Chevalier, Elias Crespin, Sarkis, and Jean-Pierre Balpe. The work that emerged from these collaborations combined music, visual elements, architecture, and audience interactions.

In 2007, Jacopo Baboni Schilingi developed a new artistic practice similar to calligraphy, which he calls Bodyscore, in which his music is written directly onto the human body, which serves as a kind of living canvas for his compositions.

From 2011 to 2013, he was an associate artist at the Saline Royale d’Arc-et-Senans, and for two seasons, from 2013 to 2015, he served as deputy artistic director of the EMW Festival at the Shanghai Conservatory of Music. He was also artist-in-residence at the MA Scène Nationale de Montbéliard. He is also curator of the PRISMA international annual conference.

In 2015, he was a guest researcher at Harvard University, and a guest professor at the Wuhan Conservatory. In 2018, he was the only artist commissioned to create a piece for the Soirée des mécènes (donors’ gala) of the Grand Palais in Paris.