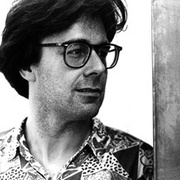 Gerhard E. Winkler was born in Salzburg in 1959. He studied composition at the Mozarteum in his home town with Helmut Eder, and then musicology, philosophy and psychology at the Salzburg and Vienna Universities. He authored a thesis on Krzysztof Penderecki and 20th century composition.

In 1985, Winkler was awarded the Förderungspreis für Musik in Austria, and later that year won the Wiener Konzerthaus Gesellschaft String Quartet Competition. He has received grants from the City of Mannheim (1988), Südwestfunk Heinrich-Strobel-Stiftung for work on live electronics at the Experimentalstudio, and from the Darmstadt Summer Course (1990). From 1992 to 1994, he was a member of the Darmstadt Forum of Composers. In 1993, he received a grant from the Wien Modern Festival to compose Heimwärts-multimedial for video, tape, performance and lighting. In the same year, he undertook study at IRCAM, and in 1994-1995 was in residence at the Zentrum für Kunst und Medientechnologie (ZKM) in Karlsruhe. In 1995-1996, he composed KOMA for string quartet and interactive electronics at IRCAM.