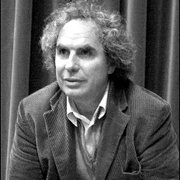 French composer and tubist born in 1954.

Born in France in 1954, Gérard Buquet is a tubist, conductor, and composer. He trained at the Conservatoire de Paris (CNSMDP), then studied musicology at the University of Strasbourg and composition with Claude Ballif and Franco Donatoni.

He has performed extensively, appearing regularly as a soloist at major contemporary music festivals. He is frequently heard playing with the Orchestre de Paris, the Orchestre national de France, and the Orchestre philharmonique de Radio France, as well as with several jazz ensembles. From 1976 to 2001, was tubist for the Ensemble intercontemporain. During this period, he worked at the IRCAM on a variety of research projects examining new instrumental techniques and ways they could be extended and expanded using electroacoustics. He also wrote a book on contemporary tuba, with a fellowship from the French Ministry of Culture.

His teaching is inspired by coordination and breathing techniques developed by Jacques Dropsy. Gérard Buquet taught chamber music at the CNSMDP from 1997 to 1999, and then tuba, starting in 1999. Since 2003, he has also taught contemporary music at the Cefedem teacher training institute (Centre de formation des enseignants musique Bourgogne) in Dijon. He has also overseen the state-registered diploma (diplôme d’état) program for brass instruments at the CNSMDP since 2004. In 1999, the music channel Mezzo broadcast a film about him and his work.

In 2000, he was appointed to a professorship at the Musikhochschule in Karlsruhe, Germany, as director of the Ensemble für Neue Musik. In the main, the ensemble focuses on performing works by the composition students of Wolfgang Rihm, collaborations with various soloists and institutions, and the performance of contemporary and chamber music repertoires, as well as premiering improvisational, multimedia, and musical theater works.

As a composer, Gérard Buquet was commissioned by the IRCAM to write a piece for saxophone and electronics titled L’astre échevelé, which premiered on 6 November 2009 at the IRCAM, performed by Marcus Weiss. He also composed a piece for six voices and six instruments for the Klangforum and Scola Cantorum of Heidelberg, titled Die Malerin von Bellevue. A Concerto for 2 harps was premiered in 2011 by Frédérique Cambreling and Renie Jamahata.