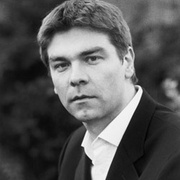 He has received numerous grants and prizes, including a Stipendienpreis from the Darmstadt Summer Courses (1988), the Extra Muros Prize from Villa Medici (1989), a grant from the Franco-German High Council for Culture (1991), the Kranischteiner Musikpreis (1992), the André-Caplet Prize from the Institut de France (1995), the Hervé-Dugardin Prize from SACEM (1997), and was twice awarded the Victories of Classical Music Prize (Composer of the Year in 2004 and 2008). He was named a Knight of the Order of Arts and Letters in 2004, and was awarded the SACEM Prize in 2012.

In 2004, his monodrama for speaker and orchestra, Sénèque, dernier jour, was premiered in Paris by Michel Blanc and the Orchestra of Britanny. Blanc was also the author of the text for the theatrical work, Photo d’un enfant avec une trompette, a commission of the Bouffes du Nord (Paris), which was premiered in the theatre’s 2013-2014 season.