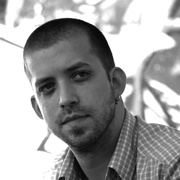 Born in 1977 in Aachen (Germany), Philipp Maintz studied composition with Michael Reudenbach from 1993 to 1997, as well as music theory and piano at the Katholische Hochschule für Kirchenmusik in his hometown. He undertook further study of composition with Robert HP Platz at the Maastricht Conservatory, graduating with a Master’s degree (cum lauda) in 2003. In 2001, he was invited to work at the studio of electronic music at Liège University. From 2003 to 2005, he studied with Karlheinz Essl at the Studio for Advanced Music & Media Technology at the Bruckner Conservatory in Linz. At the same time, he attended classes at the Wallonia Musical Research and Education Centre at Liège University, and participated in a computer music workshop at IRCAM (2003). He was composer-in-residence at Künstlerhof Schreyahn in 2004, and was awarded a study grant by the German government for a residency at the Cité des Arts in Paris in 2007. In 2009, he participated in the Schloß Solitude Academy in Stuttgart, and in 2010 was in residence at Villa Massimo in Rome.

His works have been performed at the most prestigious international music festivals, including Gaudeamus, Salzburg, Ars Nova, Witten, Wien Modern and Musica, by esteemed ensembles and orchestras such as the Arditti Quartet, Ensemble Intercontemporain, BBC Symphony Orchestra and the Stuttgart SWR Symphony Orchestra. Among his many accolades are a Staubach Fellowship to attend the Darmstadt Summer Courses and an Ernst von Siemens Foundation Grant.

Notable works include the string quartet INNER CIRCLE, premiered by the Arditti Quartet at the Witten Festival in 2004; heftige landschaft mit 16 bäumen for orchestra, commissioned by the Salzburg Festival in 2005; LIED (geborsten), premiered by Intégrales Ensemble at Wien Modern in 2005; and fluchtlinie for baritone and ensemble, based on Lautrémont’s long prose poem “The Songs of Maldoror”, premiered in Hamburg by Scharoun Ensemble in May 2007.

His opera, MALDOROR, also inspired by Lautrémont’s “Songs”, was commissioned by the Munich Biennale in co-production with the cities of Aachen and Basel, and premiered in 2010. Before its completion, a study for the opera (entitled océan and commissioned by IRCAM) was premiered in January 2008 by Ensemble Intercontemporain at the Pompidou Centre. Ircam made a film on this work for its documentary series Images d’une œuvre, which aims to follow the development of a musical work. In 2019, his second opera THÉRÈSE, based on Émile Zola’s Thérèse Raquin, is premiered at the Salzburger Osterfestspiele.