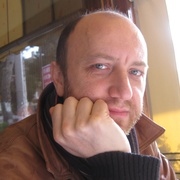 In 1990-1991, he attended a workshop at the GRM (Groupe de recherches musicales at Radio France). In 1991, he began further composition studies with Paul Méfano in Paris. In 1993, he was awarded a first prize at the 10th International Contemporary Music Competition in Tokyo. In 1995, he received a second prize in composition from the Paris Conservatoire, and in 1997, he began a doctorate in music and musicology on music associated with IRCAM at the School for Advanced Studies in the Social Sciences (EHESS) in Paris, under the direction of Hugues Dufourt, graudating in 2008. He currently teaches music theory at the Jacques Ibert Conservatory in Paris.

In 2001, he received a Beaumarchais Grant from SACEM to compose his opera, L’arbre qui parle. This work was later performed in the Studio-Theatre at the Comédie Française. In 2005, he was awarded the Jury and Public Prizes in the Bruno Maderna International Composition Competition in Würzburg, and was composer-in-residence at Villa Kujoyama in Kyoto. In 2006, he won first prize in the International Competition of Composition for Percussion in Marmande (France), and in 2008, was awarded a special prize in the “Music and Sea” Festival in Marseille.

His works have been performed and broadcast on the radio throughout Europe and in Japan, Canada, USA, Venezuela, and Australia.