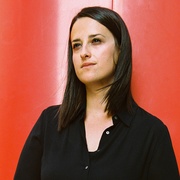 Croatian composer born in Zagreb in 1991.

Sara Glojnarić studied composition from 2009 to 2013 with Davorin Kempf at the Academy of Music in Zagreb, and then at the State University of Music and Performing Arts in Stuttgart, where she studied under Michael Reudenbach and Martin Schüttler. She received bachelor’s and master’s degrees in composition from this institution in 2013 and 2014.

Glojnarić focuses her artistic vision on the sociopolitical mechanics at work in contemporary society. Her work as a composer spans themes of pop culture, art music, nostalgia and collective memory, anti-feminist propaganda, racism, gender and patriarchy.

Her particular interest in performative, scenic, and digital forms of music is reflected in Im Stein, a musical theater piece staged as a live multimedia stream from the Halle Opera House, which was transformed into a virtual studio, creating a synthesis between film and musical theater performance.

Another representative example of her work is the video installation #popfem (2016), for which she used the cut-up technique to divert hate speech from ultra-conservative, misogynistic, and pro-life videos found on YouTube, transforming it into feminist discourse. Produced in collaboration with artist Binha Haase, this work was awarded the Kranichsteiner Musikpreis at the Darmstadt Summer University in 2018.

Glojnarić lives in Stuttgart. Her work is published by the Berlin-based publishing house Edition Juliane Klein.