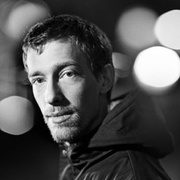 Løffler’s work explores visual music and the visual arts. His pieces take the form of installations as frequently as they do instrumental music, for which he uses modified traditional instruments or reaches for new instrumental concepts, such as fluorescent light tubes, toy pianos, rudimentary synthesizers, or effects pedals. These lend his music a singular sound that sometimes approaches that of noise music, and often call into question the relationship between performer and audience, as in the work c (2013), which is written to be listened to with one’s teeth.

In 2014, Løffler was awarded the Stipendium Prize at the Darmstadt Ferienkurse für Neue Musik. In 2015, he was awarded a three-year work grant by the Danish Arts Foundation, following a previous prize from them in 2013.

In 2019, his piece Dream work (2018), composed for the eponymous film by Peter Tscherkassky, was performed at IRCAM’s ManiFeste festival.