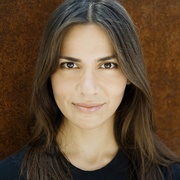 Zeynep Gedizlioğlu’s musical awakening came through exploring her parents’ music collection when she was eight years old. Her experience listening to the Deep Purple album Perfect Strangers, in particular, fascinated her and inspired her to pursue a career in composing music that would be widely distributed.

She began her musical training at the age of 11 in the oboe department of the Istanbul University State Conservatory. She then enrolled in the composition department and was taught by Cengiz Tanç, İlhan Usmanbaş, Erçivan Saydam, Babür Tongur, Meliha Doğuduyal, and Hasan Uçarsu. She graduated in 2000.

In 2001, she left for Western Europe and continued her studies in Germany and France. She studied composition in Saarbrücken with Theo Brandmüller, in Karlsruhe with Wolfgang Rihm, and in Strasbourg with Ivan Fedele. She also studied music theory with Michael Reudenbach. In 2009 she completed the proficiency in art program with Rihm at the Hochschule für Musik in Karlsruhe. In 2010-2011, she went through IRCAM’s Cursus program for composition and computer music, in the class supervised by Yan Maresz.

Her compositional process is singular: she composes in public places such as cafés or libraries. Her method comes from the constraints imposed in the music theory classes she attended when she arrived in Europe: the students’ only tools were paper, a pencil, and their imagination. This approach now feeds her compositional practice, freeing her from the tools that composers normally relied upon, such as a piano or other instrument, a computer, or notation programs.

Gedizlioğlu’s sound language oscillates between vitality, tension, and roughness. She considers her music multicultural yet refuses to use cliché Middle Eastern sounds. But her awareness of her Turkish background is never far away: references to the sociopolitical context of her native country recur in her work. Her second string quartet, Susma (2007), for instance, is dedicated to the Turkish journalist Hrant Dink, who was assassinated by a nationalist. Durak (2013), an orchestral work commissioned by Deutsche Welle, refers to the violent repression of the Gezi demonstrations.

In 2012, she received the Young Composer of the Year Award from the Ernst von Siemens Music Foundation, alongside British composer Luke Bedford and German composer Ulrich Kreppein. She is the first Turkish composer to receive this award. Gedizlioğlu also won the Composer of the Year Award at the 5th Donizetti Classical Music Awards in Istanbul (2014) and was nominated for the German Music Authors’ Prize in 2016 in the Music for Ensemble category. In 2018, she received the Heidelberg Female Artist Award for her entire compositional oeuvre. In 2019, she was recognized by the jury from the music category of the Berlin Academy of Arts.

She gives masterclasses in composition at Bilkent University in Ankara, the Hochschule für Musik in Karlsruhe, Musik21 Niedersachsen in Hannover, and Jeunesses Musicales Deutschland in Weikersheim.

Gedizlioğlu has lived and worked in Berlin since 2001.