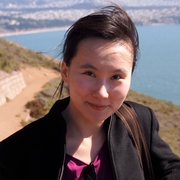 Chinese pianist and composer born in 1982 in Xi’an.

Born in Xi’an, the ancient capital of China, Lu Wang grew up in a family in which traditional music and Chinese opera were ever-present. Her pieces reflect these influences, which she fuses with contemporary instrumental techniques and new sonorities.

Upon graduating from the Beijing Conservatory, she moved to New York to study composition at Columbia University with Fred Lerdahl, George Lewis, Tristan Murail, and Chou-Wen Chung.

Her pieces, written for Western and Chinese ensembles alike, have been performed in China, Hong Kong, Taiwan, Japan, and South Korea, as well as throughout Europe and the United States, by ensembles such as the Minnesota Orchestra, Lille National Orchestra, Holland Symfonia, Shanghai National Chinese Orchestra, Albany Symphony, Ensemble Musiques Nouvelles (Belgium), Nouvel Ensemble Moderne (Montreal), Phoenix Ensemble (Basel) and the Beijing New Music Ensemble. In New York, her works have been performed by the International Contemporary Ensemble, Argento Ensemble, Momenta Quartet, So Percussion, and counter(induction, among others.

Selected by the IRCAM and Ensemble intercontemporain reading committee in 2010, she composed past beyond, which the ensemble premiered in Paris in 2012. Recent works include Flowing Water Study II for the American Composers Orchestra (2011) and Hai Zi, premiered in 2012 by the Taipei Chinese Orchestra.