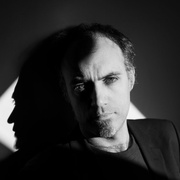 Greek composer living in France, born 4 May 1978 in Athens.

Born in Athens, Nicolas Tzortzis has lived in Paris since 2002. He studied composition and electronic music with Philippe Leroux at the Blanc-Mesnil Conservatory, composing for the stage with Georges Aperghis at the Bern University of the Arts (HKB), and computer-aided composition at Paris VIII University with José Manuel López López, Horacio Vaggione, and Anne Sedès. In April 2013, he obtained a doctorate from the University of Montréal (the title of his thesis (in French) translates to “Towards self-directed music: (In)compatibilities, Networks, Intuition, and Processes”), completed under the supervision of Denis Gougeon and Philippe Leroux.

He has attended workshops led by Karlheinz Stockhausen, Brian Ferneyhough, Beat Furrer, and François Paris. From 2009 to 2012, he undertook IRCAM Cursus I and II (IRCAM’s composition and computer music course). In 2010, he was selected for the sixth Ensemble Aleph Forum. In 2013, he was chosen by Peter Eötvös to be composer-in-residence at Herrenhaus Edenkoben, and from Februrary to April 2014, he was a resident at Villa Ruffieux in Sierre (Switzerland). In 2015, he received a Fulbright Grant to undertake a period of research at CNMAT, during which he composed a piece for Earplay Ensemble. In the same year, he was in residence for two months at Schloss Solitude in Stuttgart.

In 2019, his piece from the first year of the IRCAM Cursus, Incompatible(s) IV, for bass clarinet and electronics (composed 2010), was performed at ManiFeste.