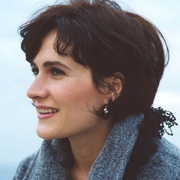 Lara Morciano took up the piano at an early age, going on to graduate from study of the instrument at Tito Schipa Conservatory in Lecce (southern Italy) at the age of 16.

In parallel to her activities as a performer and subsequent studies of the piano (with Rodolfo Caporali, Aldo Ciccolini, and Franco Scala at the Imola Piano Academy), Lara Morciano studied composition at the Santa Cecilia Conservatory in Rome. She went on to obtain a degree in choir music and conducting and in 1993 graduated with a degree in composition following studies with Ada Gentile. In 1995, she received an advanced degree in composition from the Santa Cecilia National Academy, where she studied with Franco Donatoni.

In 2001, she was selected to participate in a computer music workshop at IRCAM. In 2002, she graduated with highest honours in composition from the Strasbourg Conservatory following studies with Ivan Fedele. In 2003, a commission from the Musica Festival (in collaboration with the Strasbourg and Lyon Conservatories) gave rise to Intextus for ensemble of baroque instruments and dance, with choreography by Christine Bayle. In 2005-06, she attended the IRCAM Cursus (IRCAM’s composition and computer music course) as an auditor. In 2009, she obtained a Master of Arts in music, specialising in musicology, creation, music and society, at the University of Paris 8, under the direction of Horacio Vaggione and Anne Sèdes. In 2013 she was selected for the doctoral programme SACRe (Sciences, Arts, Creation and Research) organised by the University of Paris Sciences et Lettres, in partnership with the Ecole Normale Supérieure, the Conservatoire National Supérieur de Musique et Danse de Paris and in collaboration with Ircam, where she defended her doctoral thesis in Composition in 2018 under the direction of Gérard Assayag.

In 2003, Lara Morciano was composer-in-residence at the Montbéliard National School of Music (in the east of France) as part of a joint project with the “Tempo Reale” Centre for Research, Production, and Education in Florence. While there, she conceived an interactive project for chamber ensemble, and undertook study of real-time sound processing and electroacoustic techniques. During the residency, she composed Tangle for flute and electronics, premiered by Mario Caroli, and Entangled for flute and ensemble, premiered at the “Nuova Consonanza” Festival in Rome in 2004 by the same soloist and performed the following year at Gaudeamus Music Week.

The French Ministry of Culture and Accroche Note commissioned Parola che mi manca for soprano and ensemble, premiered at the Musica Festival in Strasbourg in 2006 and subsequently performed at the “Traiettorie” Festival in Parma (Italy). This work was named as a finalist in the 2007 Prince Pierre de Monaco Composition Prize. Nel cielo appena arato, for 22 instruments, the result of an IRCAM/Ensemble Intercontemporain Reading Committee “Tremplin” Commission, was premiered in Paris in January 2009. A subsequent commission from the French Ministry of Culture for Court-Circuit was premiered in the ensemble’s 2009-10 season. Her work Raggi di stringhe (2011), for violin and electronics, commissioned by IRCAM and premiered by Hae-Sun Kang at the Pompidou Centre, was awarded the Giga-Hertz International Composition Prize in 2012. In 2019 she won the ICMA Audience Award for Best Music Presentation at the International Computer Music Conference (ICMC) in New York.

Estremo d’ombra (2015), commissioned by the Venice Biennale and IRCAM, was premiered in Venice in October 2015 and subsequently performed at the Présences Festival at Radio France.