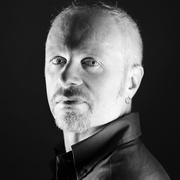 Ramon Lazkano was born in Basque Country, Spain, in 1968. He studied piano and composition with Francisco Escudero at the San Sebastián Higher Conservatory of Music. He was then admitted to the Conservatoire de Paris (CNSMDP), where he studied orchestration with Gérard Grisey and composition with Alain Bancquart from 1987 to 1993, receiving highest honors in composition. From 1989 to 1991, he studied computer music at IRCAM, rounding out his training in composition and analyisis in 1992 with Gilles Tremblay at the Conservatoire de Montréal. Lazkano then returned to Paris, where he studied orchestral conducting with Jean-Sébastien Béreau and Arturo Tamayo, earning a DEA degree in music and musicology of the twentieth century from the Ecole des hautes études en sciences sociales (EHESS).

In 1998, Lazkano held a residency with the Spanish National Youth Orchestra, and, the following year, at the Conservatoire national de région de Strasbourg, alongside Luis De Pablo.

Lazkano has held two residencies in Rome, from 1994 to 1995 at the Spanish Academy in Rome, and from 2001 to 2002 at the Villa Medici. Both were an opportunity to reflect on contemporary composition, in particular through an exploration of intertextuality, saturation, silence, and perception. The fruits of these residencies include Ilunkor, Lur-Itzalak, and Ortzi Isilak.

Between 2001 and 2011, Lazkano worked on Igeltsoen Laborategia (Laboratory of Chalks), a large collection of chamber music pieces composed of several cycles, whose title is a reference to the “experimental laboratory” of the sculptor Jorge Oteiza, and which draws inspiration from the idea of chalk as a medium that evokes inscription, erosion, and childhood memories.

After Igeltsoen Laborategia, his work began showing new attention to architecture and duration, as in Lurralde (“Territory”) for string quartet and his diptych of poems by Edmond Jabès.

Lazkano has taken part in several pedagogical projects, such as Vogue le navire, which seeks to raise youth awareness of contemporary music.

He has taught orchestration at the Conservatoire National de Région de Strasbourg and the Escola Superior de Música de Catalunya in Barcelona. He currently teaches orchestration at Musikene, the Higher School of Music of the Basque Country.

In 2016, the Paris Festival d’Automne organized a tribute to Lazkano’s work in three concerts, the first of which premiered a work commissioned for the occasion, titled Ravel (Scènes), as well as pieces from Igeltsoen Laborategia, performed by the Ensemble Intercontemporain and Matthias Pintscher. The Présences de Radio France festival rounded out this tribute in 2017 with the premiere of Etze, performed by the Diotima Quartet, and Diptyque Jabès. The Monte Carlo Printemps des Arts commissioned Hondar for orchestra in 2016, and it premiered the same year in a performance by the Monte Carlo Philharmonic, conducted by Pierre-André Valade.